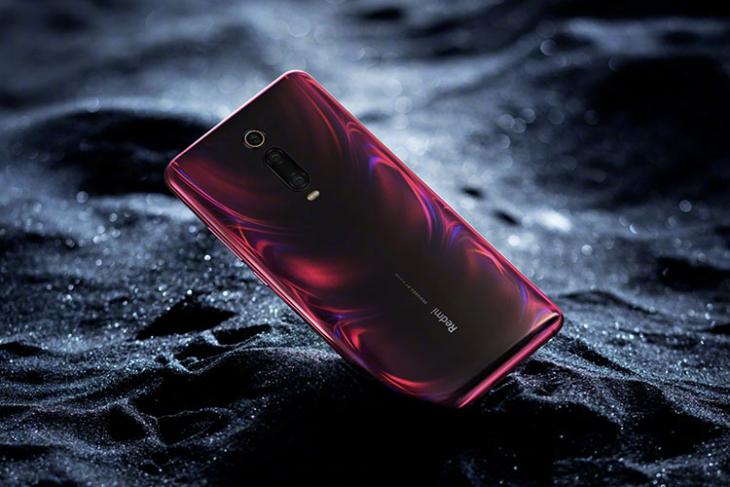 Xiaomi’s sub-brand Redmi has been hyping up the launch of its first flagship smartphone, the Redmi K20 for the past few weeks. We’ve already seen a myriad of teasers and leaks surrounding this much-awaited flagship device and well, the company finally unveiled the Redmi K20 and Redmi K20 Pro at a launch event in Beijing today.

It will go up against the likes of OnePlus 7 and Vivo iQOO gaming smartphone in China, offering a tough competition with its feature-laden offering. Redmi K20 has been priced starting at 1,999 yuan (around Rs 20,500) for the base 6GB+64GB variant. 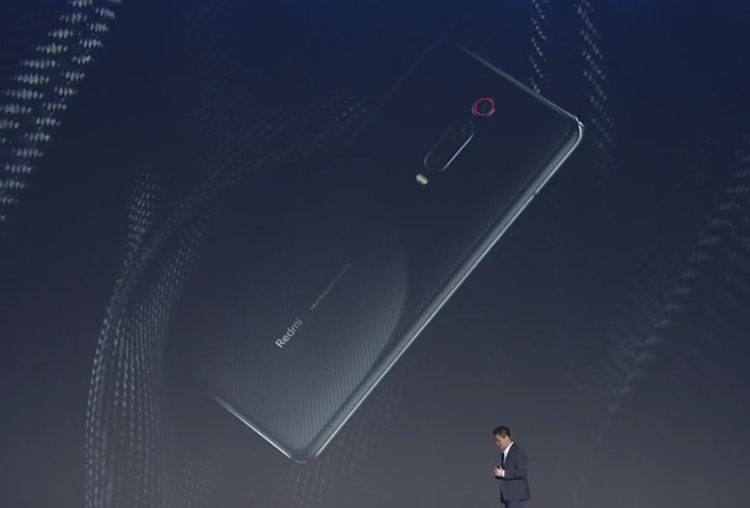 The Redmi K20 and K20 Pro will be available in 3 color variants – red, blue, and Kevlar, which look quite shimmery and awesome.

Starting off with the design, Redmi took center stage to highlight that it’s important for flagship phones to sport a metal and glass build. Well, that’s exactly what the company strived for and has achieved, along with the charm flame pattern on the rear panel that looks a bit much at first. However, I believe it will grow on you over time.

The charm flame pattern (translated from Chinese) on the rear panel has been achieved using four 3D-curved glass layers and nano-particles that help mobilize the colors in the manner that it does. The red-black and blue-black gradient give a subtle smoky effect to the rear panel of the Redmi K20 Pro. 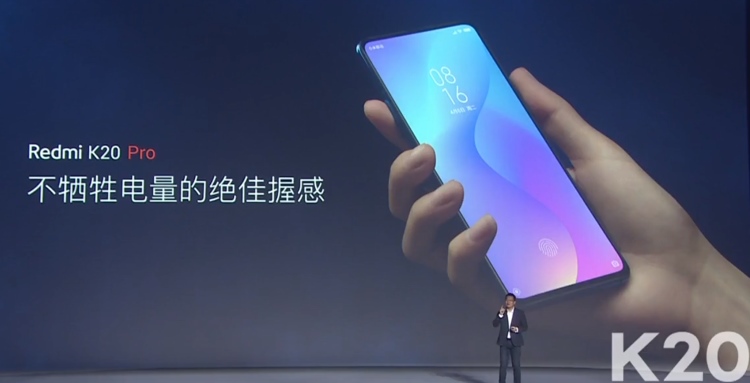 The Redmi K20 Pro features a 6.39-inch Full-HD+ AMOLED display with a 19.5:9 aspect ratio, 91.9% screen-to-body ratio, and a display resolution of 2340×1080 pixels. There’s minimal bezels at the top and bottom, along with no intrusions such as notch or punch hole in the display. This has been made possible with the inclusion of a pop-up selfie camera module (we’ll talk more about this in the camera section below), which Redmi says has been tested for 300,000 ejections.

The Redmi K20 Pro also boasts Full DC dimming to overcome screen flicker, which is a common issue observed in AMOLED displays. You also have a seventh-generation in-display fingerprint sensor onboard, with a 15% larger detection area and improved success rate than other sensors on the market.

We already knew Redmi K20 Pro will be powered by the Snapdragon 855 chipset and of course, that’s the case. This is coupled with up to 8GB of RAM and 256GB of storage. We have listed all the configurations for the smartphone in the pricing section above.

As teased by the company before, Game Turbo 2.0 is also present aboard the Redmi K20 Pro to offer you a better gameplay experience. This includes optimizations for improved gaming, night vision mode for enhanced picture quality in dark situations, and a touch response rate of 71.25ms. The thing that comes as a major surprise for mobile gamers sure has to be the support for Black Shark’s gamepad with the Redmi K20 Pro.

The Redmi K20 Pro also packs a 20MP pop-up selfie camera module, which Redmi says opens up in just 0.8 seconds and has a phantom light on either side of the module. Well, I don’t under the reason for the addition of LED lights here, but it’s okay. The selfie camera can also be used to capture group selfies simply by rotating the device around to include everyone in the frame. 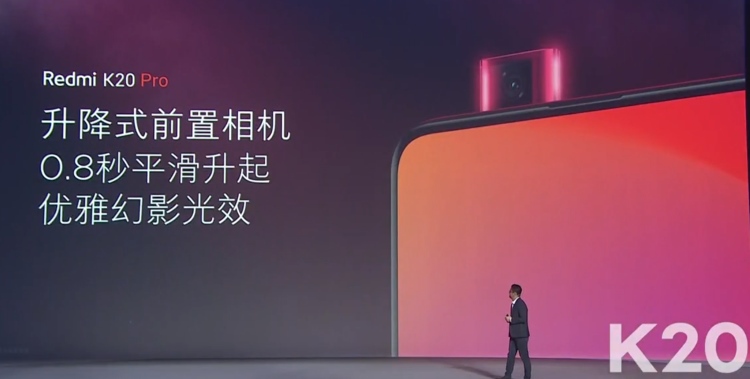 The smartphone also features all of your usual connectivity options, Hi-Fi audio which is powered by Qualcomm, 3.5mm headphone jack and a massive 4,000mAh battery. This is paired with 27W charging support via the USB Type-C port, which is surely more exciting than any of the other specs.

Well, call me impressed because there isn’t a whole lot of difference between the Redmi K20 Pro and its younger sibling — the Redmi K20. The company has kept the build and hardware specs almost the same, except for trading out the flagship chipset for a mid-range one.

As rumored, the Redmi K20 (expected to land in India as the Mi A3, with Android One in tow) is powered by the Snapdragon 730 chipset, coupled with Adreno 618 GPU, 6GB of RAM, and 128GB of storage. You get the same AMOLED display, a triple camera module, and pop-up selfie camera, in-display fingerprint sensor, and 4,000mAh battery – but now supporting only up to 18W charging. 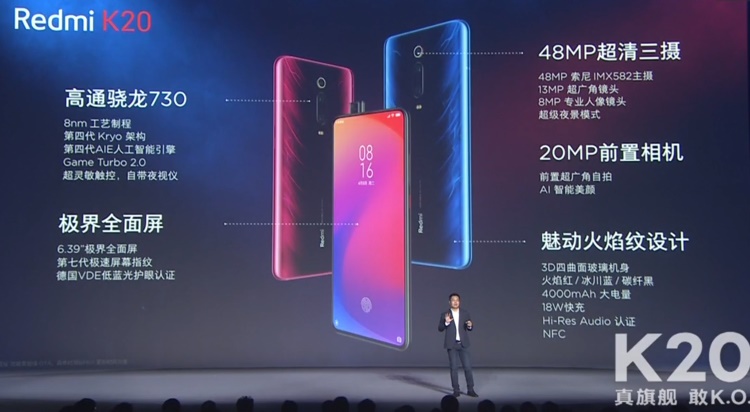 Alongside its Redmi K20 series, the company has also debuted the entry-level Redmi 7A, an upgrade over the Redmi 6A from last year. It sports a 5.45-inch HD display with massive bezels, is powered by the Snapdragon 439 SoC, and packs a 13MP rear shooter and 5MP selfie camera. Redmi 7A also has a large 4,000mAh battery with 10W charging support.

The Redmi 7A doesn’t have a fingerprint sensor but offers dual-SIM 4G VoLTE support to consumers looking to get a decent device on a budget. The smartphone is priced at 549 yuan for the 2GB+16GB variant and 599 yuan for the 2GB+32GB variant.

There’s no word on when the Redmi K20 series will launch in India, but we expect it to come to the country in mid-June to butt heads with the OnePlus 7. So, how do you like Redmi K20 and Redmi K20 Pro? Let us know in the comments below.