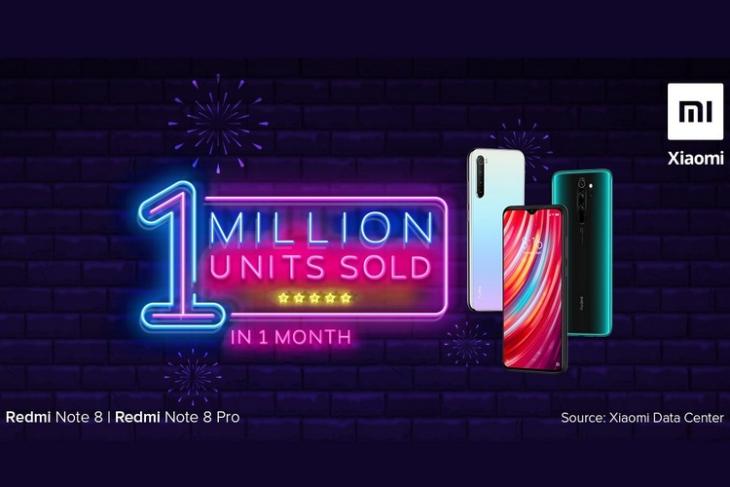 Xiaomi has reportedly sold over 1 million units of the Redmi Note 8 and Redmi Note 8 Pro in India within just one month of their launch in the country. Announcing the feat via a tweet this morning, the company’s official Redmi Twitter handle thanked all customers and claimed that the devices have “taken the market by storm” since their release last month.

The company also addressed persistent complaints about the lack of stocks by saying it is ‘working hard’ to meet demand. It is also giving away 64 F-codes for the Redmi Note 8 Pro, but there’s no announcement about whether it plans to increase production to make the devices more readily available. The phones are still available via weekly flash sales, and from the looks of things, it may stay that way for some time to come.

We just can't thank you enough for the AMAZING 💌you've shown the #64MPQuadCamBeast & #48MPAllRounder! The BEASTS have taken the market by storm! pic.twitter.com/qCJh48bCW5

Launched last month in India, the Redmi Note 8 and Note 8 Pro have quickly become two of the most popular smartphones in their respective price-ranges. The duo compete in their respective segments with a slew of devices from the likes Realme, Samsung and Asus (not to mention Vivo, Oppo and the others), but have largely managed to hold their own in what has become the most competitive segment in the country’s smartphone market.