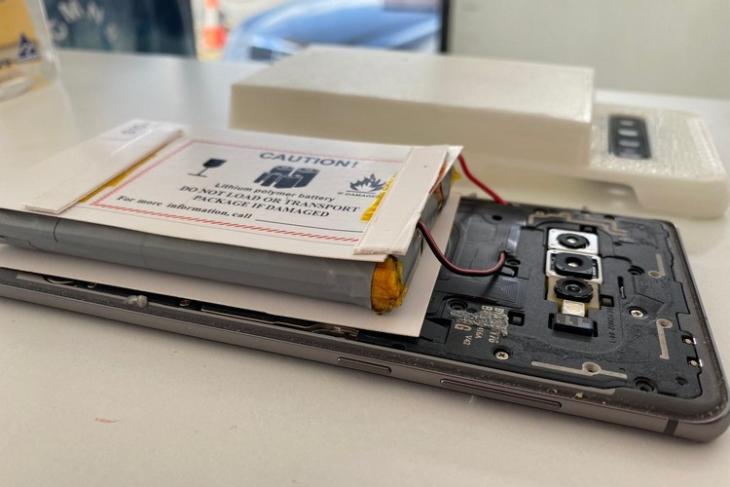 While OnePlus released its new Nord CE smartphone, where the CE stands for Core Edition, a Redditor has created a CE version of the Samsung Galaxy S10+. However, in this case, the CE stands for “Chonk Edition” as the device packs a humongous 14,000mAh battery at the back! Well, if that does not surprise you, I don’t know what will.

Developed by a Redditor known as u/T-VIRUS691 on Reddit, the power modded Samsung Galaxy S10+ features a thick battery unit attached to its back. The Redditor says that Samsung would not give him an S10+ with a 10,000mAh battery. So, he himself made a 14,000mAh battery for his device.

Now, for the unaware, Galaxy S10+ was Samsung’s flagship device when it launched back in 2019. It features a much smaller 4,100mAh battery and the Snapdragon 855 SoC. So, to make the Galaxy S10+ Chonk Edition, the Redditor simply got a 10,000mAh battery unit from the third-party marketplace and attached it to his device via some wires. As a result, he ended up with a massive 14,000mAh battery, by combining his 10,000mAh cell with the device’s 4,100mAh unit.

Furthermore, the guy 3D printed a case with a dedicated cutout for the cameras to cover the battery unit. However, even with the case, the device looks quite chunky. Nonetheless, one of the perks with the device, as per the Redditor, is that he can charge up his wife’s S10 5G with his S10+ without losing much power. 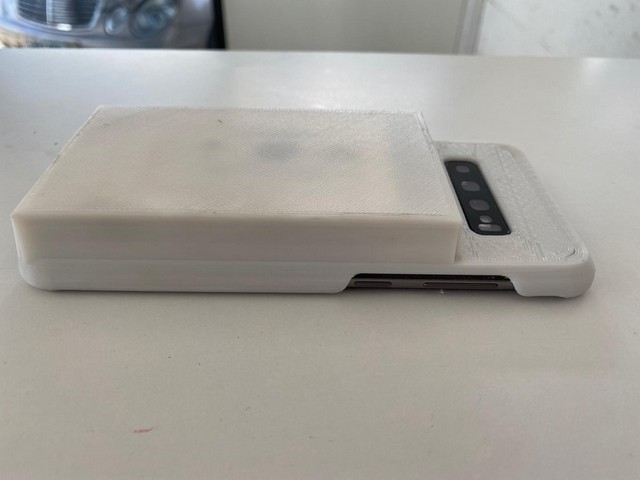 Now, you might be wondering – With the massive battery at the back, how do the NFC and wireless charging work? Well, unfortunately, these features will not work until the Redditor finds a way to put the wireless charging coil on top of the battery by making an extension cable for it, which he says he is currently working on.

After attaching the battery to his device, the man also drained it to calibrate the battery meter. During the time, he used continuous tethering, watched YouTube videos, and kept the screen brightness to maximum. You can check out the battery graph right below. The first half of the graph shows the battery usage of the original battery, which was drained to match the voltage of the 10,000mAh cell that was added later.

Now, if you are intrigued by the device and want to power mod your own smartphone, we would suggest you not to as it requires the necessary expertise to do so. Instead, you can check out some power banks for your device to deal with your battery anxiety.

Download These Creative ‘Made by Beebom’ Galaxy S10, S10 Plus Wallpapers