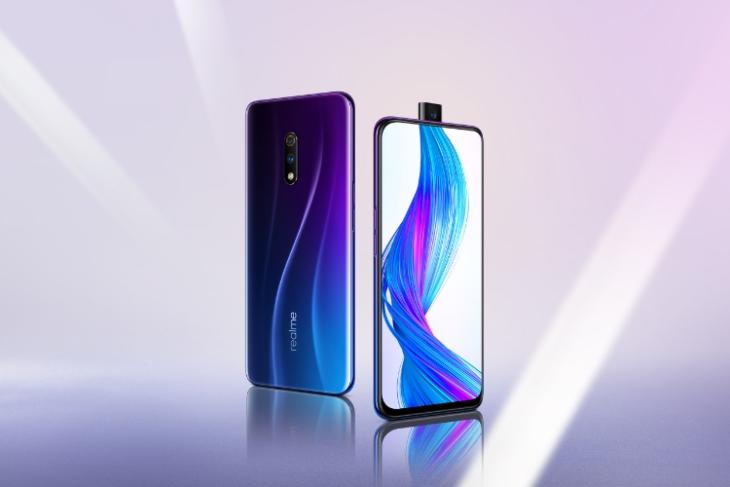 The much-awaited Realme X has finally been unveiled at a launch event in Beijing and I know, most of us have been expecting it to be a flagship smartphone – but it really isn’t one. Still, the company is stating that it’s stepping into the flagship segment with this device, so let’s check out what Realme’s 10th smartphone release has to offer.

Realme X now joins the league of full-screen bezel-less smartphones with the addition of the pop-up selfie camera and ditching the hole-punch and notch. There’s a 6.53-inch Full-HD+ AMOLED screen onboard with 19.5:9 aspect ratio, 1080×2340 pixels resolution, and 91.2 percent screen-to-body ratio. 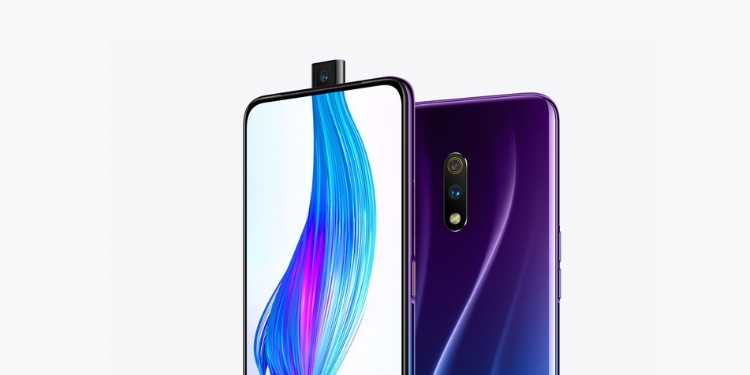 In the camera department, Realme has joined the 48MP sensor trend as well. The dual-camera setup on the rear includes a primary Sony IMX586 sensor and secondary 5MP depth sensor. The highlight here, however, is the 16MP(f/2.0) pop-up selfie camera that can also be used for Face Unlock.

There’s an in-display fingerprint sensor included onboard here, along with a 3,765mAh battery which can be juiced up using the company’s VOOC 3.0 charging technology via USB-C port – finally!

Well, since the Realme X doesn’t boast a flagship chipset, the company has succeeded in aggressively pricing the smartphone to only further butt heads with Xiaomi’s Redmi sub-brand.

The Realme X comes in two different gradient color variants, including white and blue. If that doesn’t look enough to you, then Realme has also partnered with Japanese designer Naoto Fukasawa to debut garlic and onion color variants. These will retail a tad higher at 1,899 yuan.

So, how do you like the Realme X? Are you going to pick up the Realme 3 Pro or wait for the pop-up camera-laden alternative? Let us know your thoughts in the comments below.