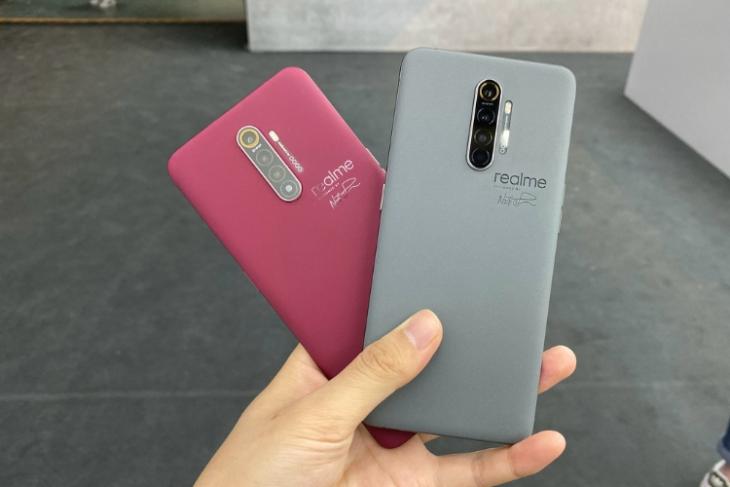 Realme today launched its first flagship smartphone, the Realme X2 Pro, in China with a 90Hz display, Snapdragon 855 Plus, quad-cameras, and superfast 50W charging. Well, it used this opportunity to take another jab at Xiaomi by announcing that it will be the first phone maker to launch a smartphone with Qualcomm’s new 5G integrated chipset.

Qualcomm is currently baking its 5G modems only in the flagship Snapdragon 855 SoC series, however, it has already announced that it will release 5G-integrated Snapdragon 600 and 700-series chipsets in the coming months. This will allow the phone makers to extend 5G connectivity to more users across the globe – that too at a slightly affordable price point.

Well, Realme had previously stated that it will use these chipsets in an upcoming phone. But, it has today confirmed on stage that it will be the first phone maker to launch a device with a 5G integrated Snapdragon 700-series chipset. It could bring its first 5G phone to the market towards the end of 2019 or early 2020, which is awesome.

This announcement is timed perfectly and comes right on the heels on Xiaomi revealing what its 5G-enabled Redmi K30 smartphone is going to look like. And well, it’s going to feature a dual punch-hole design on the front as opposed to a pop-up camera. This dog fight is going to continue in 2020 with both Realme and Redmi launching 5G phones for masses.

Realme is yet to reveal anything about their 5G phone but I would suggest the Chinese giant to go back to the drawing board and rethink their designs. The company has been offering similar-looking phones over the past few launches – with similar finishes and it resembles its former parent Oppo’s phones a lot. I would love to see an original design being adopted with its next smartphone, which supports 5G connectivity out-of-the-box.