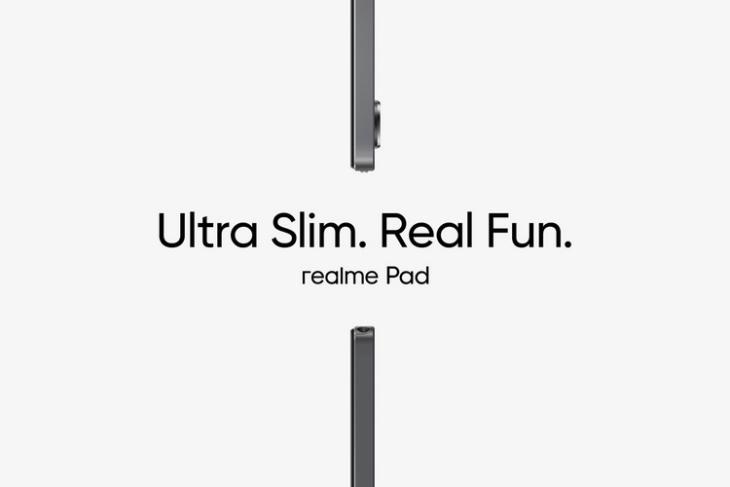 Realme has been working to expand its product lines in India by entering new product categories. We saw the company enter the laptop market in India with the launch of Realme Book Slim last month. Now, alongside the Realme 8s 5G and Realme 8i, the company today confirmed to launch its first tablet in India – the Realme Pad.

Realme has teased the Realme Pad on multiple occasions in the past and has finally confirmed to launch the tablet in India on September 9th. The Chinese giant shared a tweet to announce the launch date. You can check it out right below.

Along with the tweet, Realme has also set up a microsite for the upcoming product on its official website. So, before going to the expected price of the Realme Pad, let’s take a look at the rumored specs and features of the tablet.

Turning to the display, the tablet is expected to feature a 10.4-inch AMOLED panel with support for a 90Hz refresh rate. It is expected to have a 2400 x 1080p resolution and a pixel density of 253ppi.

Under the hood, the Realme Pad is rumored to pack the octa-core MediaTek Helio G80 chipset that comes with an integrated Mali G52 MC2 GPU. It will be presumably paired with 4GB of RAM and 64GB of internal storage. Moreover, as per the rumors, the storage can be expanded up to 512GB.

As for the camera, although there is no official information, the rumor mill suggests that Realme Pad will feature a single 8MP camera at the back. On the front, you will find another 8MP sensor for selfies and video calling.

The rumors also suggest that the upcoming Realme tablet will pack a 7,100mAh battery with support for 30W fast charging. Plus, the device is expected to come with 4G support, Bluetooth 5.2, Wi-Fi 802.11, b/g/n, and GPS functionality.

Now, coming to the price of the Realme Pad, the Chinese giant has not provided any information on that yet. However, it is confirmed to go on sale on Flipkart once it launches on September 9 at 12:30 PM in India.