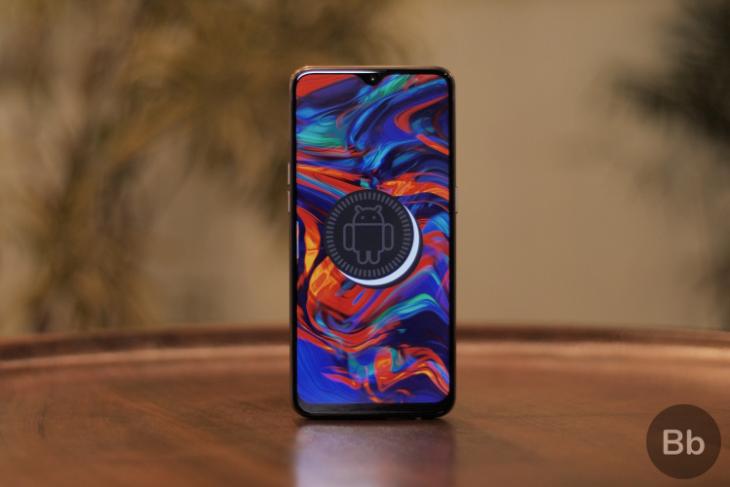 Android phone market, as we all know, is plagued by OS fragmentation with a majority of smartphones still running on Android 8.0 Oreo, and some even older versions of the OS. While the arrival of Android Pie on most budget and affordable phones still remains a distant dream, Realme has come out to say that all of its phones will be updated to Android Pie by Q2 2019.

Yes, that’s right. You can expect your Realme phones to start getting updated to Android 9 Pie update by early next year. The same has been clarified by Realme’s India support Twitter handle.

Hi, all Realme smartphones up to date will get Android Pie in Q1 / Q2 2019. Keep following our social media handles for more info on the same.🙂

In a response to a user query on whether the Realme phones would receive the latest version of Android, the Realme India Support team replied and said, “Hi, all Realme smartphones up to date will get Android Pie in Q1 / Q2 2019. Keep following our social media handles for more info on the same.”

From what I can understand, it looks like the newly launched Realme U1, and the Realme 2 Pro will be the first in line for the Android Pie update. These phones will be followed by the older devices like the Realme C1, Realme 2, etc.

This, in my opinion, is a great news for all the Realme users as the devices are currently running on Android Oreo. Of course, Realme is not the first in line for the update, but it’s still good to see some kind of reassurance from the company. In the meantime, you can expect to see other updates with performance improvements, bug fixes, etc. for the Color OS.