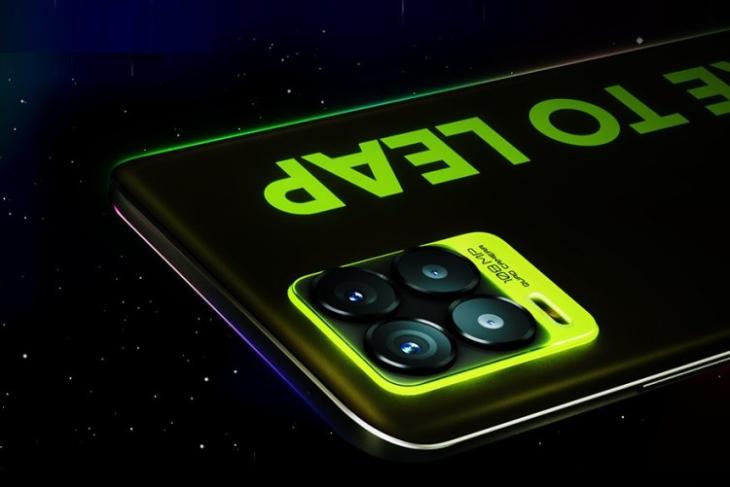 The announcement comes from the company’s CEO Madhav Sheth. He recently shared a tweet revealing the Realme 8 series India launch date. And as you may know, Realme 8 Pro is set to bring a high-end 108MP camera for the first time on a Realme smartphone. The company detailed its 108MP sensor in a camera-centric event earlier this month. The standard Realme 8, on the other hand, will include a 64MP quad-camera setup.

Get ready to Capture Infinity with #realme8series as we bring the next breakthrough in smartphone photography!

Now, with the launch date out of the way, let us take a look at some of the key specs of the two devices under the Realme 8 series, shall we?

As per earlier reports, the Realme 8 Pro is said to pack a 108MP primary sensor at the back. It will be a Samsung ISOCELL HM2 sensor that has an effective resolution of 12000 x 9000 pixels. It essentially uses 9-in-1 pixel binning to improve low-light photography and also features a smart ISO mode. Furthermore, the company says that the new ISOCELL Plus tech enhances the light sensitivity of the camera up to 15%. Apart from this, however, there is no other information about the Realme 8 Pro.

On the other hand, the Realme 8 will be packing a lower-end 64MP primary sensor at the back as it is powered by the Helio G95 SoC.

Apart from this, the Realme 8 will feature a 6.3-inch Super AMOLED display with a screen refresh rate of 60Hz. There will be a massive 5,000mAh battery inside to power components. Moreover, the device is expected to come in two storage options – a 4GB + 64GB variant and a 6GB + 128GB variant.

Realme 8 Pro Teased to Arrive with 108MP Quad-Camera; Everything You Need to Know