Skip to content
Home News Realme 8 Pro Teased to Arrive with 108MP Quad-Camera; Everything You Need to Know 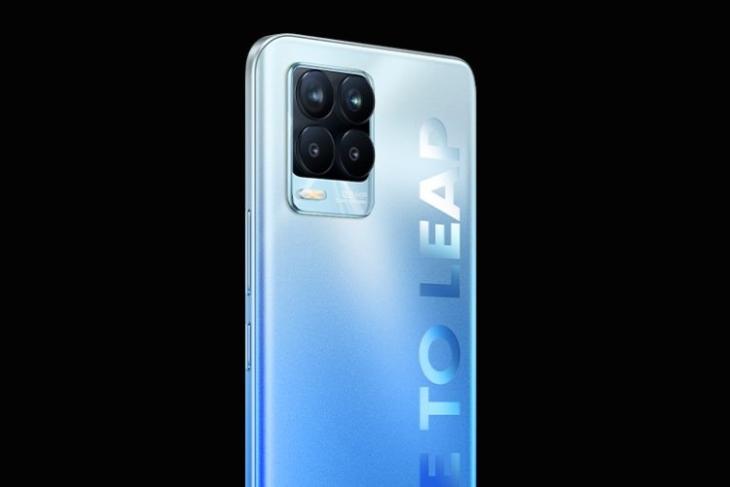 At its Realme Camera Innovation 2021 event, Realme has showcased its advancements in the camera department. Realme has today detailed its 108MP camera and revealed all the features coming to the Realme 8 Pro, which is part of the Realme 8 series.

The company has confirmed that Realme 8 Pro will use Samsung’s  ISOCELL 108MP HM2 sensor. It has an effective resolution of 12000 x 9000 pixels and 1/1.52-inch sensor size. The camera sensor will utilize 9-in-1 pixel binning to combine nine small pixels into a larger one to improve low light camera performance. The company mentioned that ISOCELL Plus tech results in up to 15 percent light sensitivity enhancement. The device also features a smart ISO mode for better results.

Realme says that the in-sensor zoom technology packed in the Realme 8 Pro will see users capture images clearer than the optical zoom of a telephoto lens. According to the company, this is made possible due to the smaller sensor size of the 12MP lens and Realme’s clarity enhancement algorithm. This approach allows the device to capture eight 12MP images in a row. 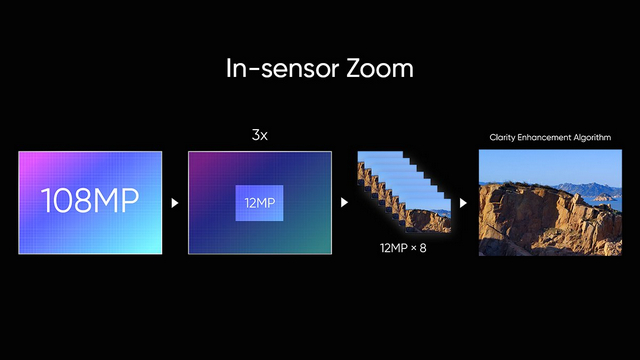 Here’s a comparison of shots with and without in-sensor zoom mode, as showcased by Realme: 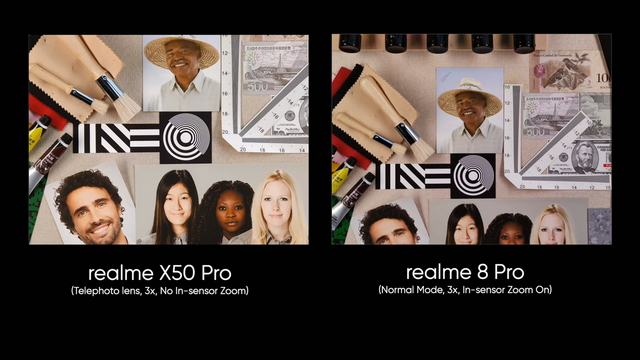 To help users capture beautiful starry nights, Realme is bringing a starry mode capable of taking starry-timelapse videos. The video output in this mode is at 30 frames per second. According to Realme, you can capture starry time-lapse videos of up to 240 minutes. With this feature, the Realme 8 Pro will be the world’s first smartphone with a starry time-lapse mode. It takes 480 seconds to shoot 30 images and generate a 1-second time-lapse video, which is a lot. 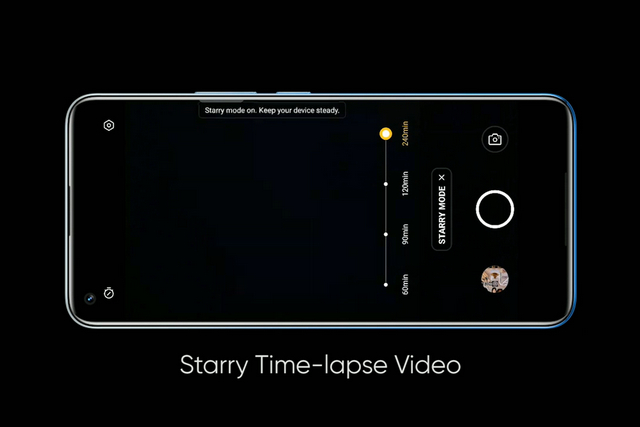 The latest update to the starry mode also utilizes the ISP in the chip for brightening the stars, which Realme claims will result in faster processing. 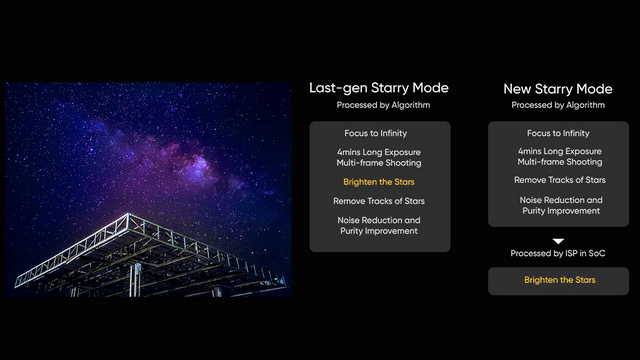 Realme 8 Pro will also come with a tilt-shift photography mode that lets you capture photos and videos in tilt-shift mode. You can also customize the shape, angle, and customize the bokeh effect to best suit the shooting conditions. Here’s how the feature works: 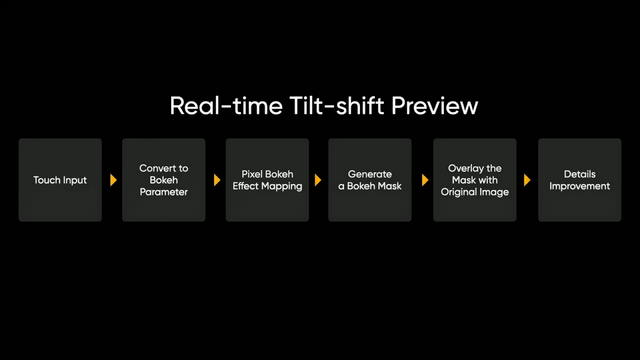 The company also showcased a sample image shot using this mode, which you can see below: 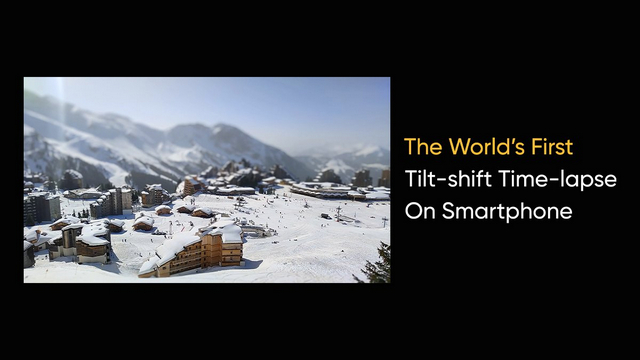 Lastly, Realme also teased new portrait filters. The filters in question include neon portrait, dynamic bokeh portrait, and AI color portrait. These three filters are coming to the Realme 8 series. Take a look at the sample shots below:

So, that’s everything Realme announced at its camera innovation event. Although the company has not revealed the exact launch date of the Realme 8 series, we expect an event announcement in the new few coming days. We’ll be covering the event when it happens, so stay tuned for updates.