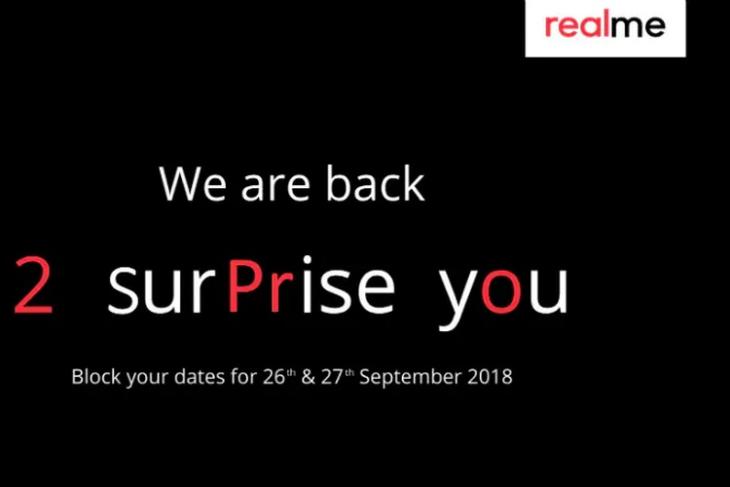 The press invite clearly highlights four letters which collectively form the word ‘2 Pro’, clearing all doubts that the company is gearing up to launch the Realme 2 Pro later this month.

The Pro moniker indicates that the upcoming smartphone will bring upgraded hardware over the Realme 2 and will reportedly flaunt a new design. So far, we are yet to come across a credible report about the Realme 2 Pro’s specs, but we expect the company to go with a more capable processor than the mediocre Snapdragon 450 SoC inside the Realme 2. The device lagged behind the Realme 1 on the benchmark tests and also proved to be an underwhelming performer in real life scenarios such as gaming.

The Realme 2 Pro is expected to bring some improvements in the imaging department over its smaller sibling, which packs a dual rear camera set-up consisting of a 13 MP (f/2.2) sensor coupled with a 2 MP (f/2.4) depth sensor. In our Realme 2 camera review, the device delivered a decent imaging output but turned out to be a major letdown when it comes to video recording. We hope that the Realme 2 Pro irons out the flaws by bringing a faster processor, a better camera set-up, less sluggish color OS, and of course, do all that at a competitive price.