Realme recently launched the new Realme 2, starting at Rs. 8,990, which is aimed at the budget segment. Packing in the Snapdragon 450 SoC and overloaded by the company’s Color OS custom skin, the performance of the device doesn’t seem appealing, at least on paper. But hey, let’s find out how it fares up in real life, shall we?

Sure, I don’t really buy a device based on its benchmarks score. That being said, for some of you out there, benchmarks might mean a lot, and so, I decided to begin this review by stress testing the device using 3DMark, Geekbench, and Antutu. 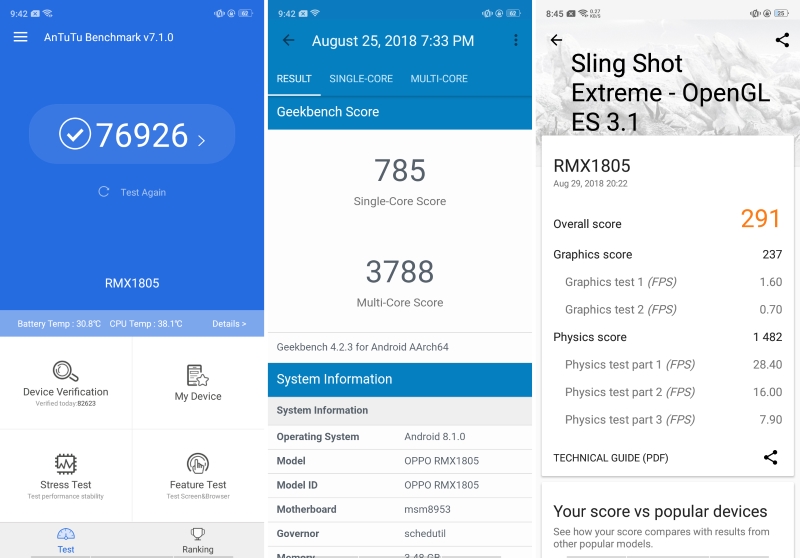 In comparison, the Realme 1 had scored a whopping 138321 score in Antutu Benchmark, while the Redmi 5 had managed a score of 69693. Interestingly, while it manages to outperform the Redmi 5 in terms of benchmarks, the real world performance is a different story altogether.

Benchmarks are one thing, but I prefer the real-time testing of the device to understand how would it fare for a consumer. In order to test out the Realme 2’s actual performance, we used the device extensively and played a number of graphics intensive games, including PUBG Mobile and Asphalt 9: Legends. Honestly, the performance was a major disappointment.

I tried playing PUBG Mobile, which is my favorite mobile game these days, and the game ran terribly. Not only was the device only able to run the game on the lowest settings possible, I could notice lag every now and then in the game as well. 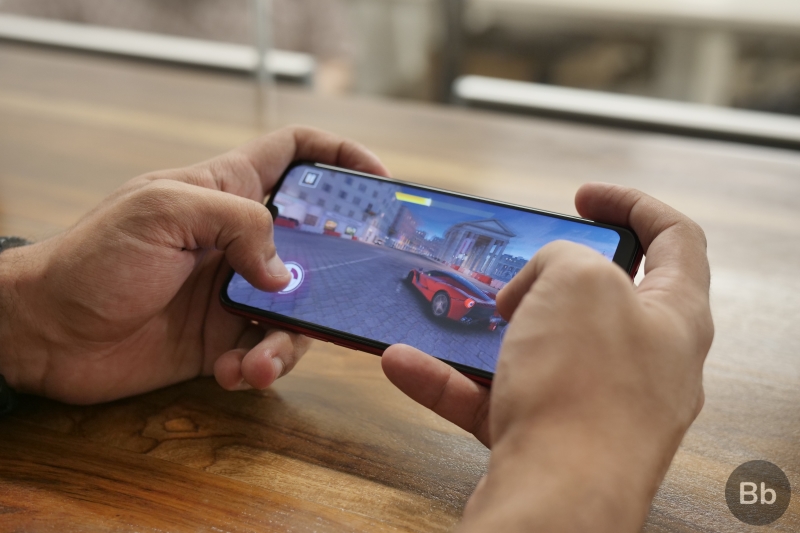 As for Asphalt 9 Legends, I was able to render the game at medium settings, accompanied by a slight lag at times. If you’re unaware, Asphalt 9, despite looking good, is not as graphics intensive as PUBG Mobile. Nonetheless, the performance of Asphalt 9 on the Realme 2 was disappointing as well.


Realme 2: Not Made For Gaming

Considering that you’re buying a device under Rs. 10,000, gaming should be the least of your priorities. That being said, whatever little expectations you had from the device, the Realme 2 would most probably turn out to be a disappointment. All in all, the Realme 2 has a decent processor which is not allowed to reach its full potential, however little that may be, thanks to the overly skinned Color OS.

Realme 2 Launched in India With Notch, Dual Cameras For Rs 8990

Realme 2 Teasers Hype Up Its Least Interesting Feature: The Notch