Skip to content
Home News CES 2020: Razer’s 5G Router Concept Is Also a Mobile Hotspot for Gaming on the Go 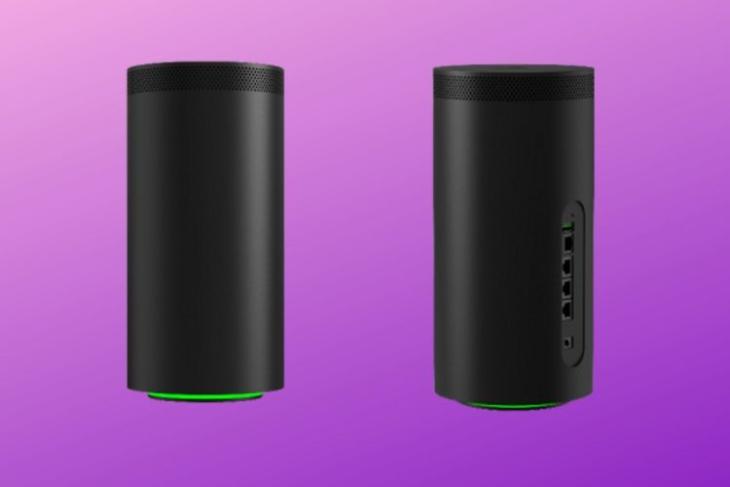 Razer is well-known for showing off concept products at the Consumer Electronics Show. Remember Project Linda? It was an interesting take on portable laptops — one that was powered by the Razer Phone. Well, this year was no different. Razer too boarded the 5G hype-train with the Razer Sila 5G Home Router concept.

Since it’s a 5G-enabled router, it will rely on a 5G connection to let you connect to the Internet instead of a traditional wired network. This means Razer Sila 5G home router is mobile and can be carried along for gaming on the go. And yes, there’s a green-colored strip at the bottom – which completes the Razer look and feel.

Razer wants to allow gamers to take this router along with them for impromptu, latency-free gaming sessions on the move. You can turn the Sila 5G router, which comes equipped with a rechargeable battery, into a mobile hotspot. This sounds fun, right? You will no longer have to be stuck with a sluggish mobile hotspot to enjoy high-bandwidth, graphics-intensive PC games.

Razer has also baked its proprietary FasTrack engine into this router, which enables the users to “prioritizes bandwidth for applications and devices for high-speed gaming and streaming,” says the company in its official announcement blog post. It means you can choose whether your Xbox or PC should have access to higher bandwidth while you are gaming.

The router will also optimize the network for online or cloud gaming, which is great. You can easily control the router – set app priority, guest networks, security protocols, and a ton of other things – through the companion Android or iOS apps.

Razer may have shown off this router as a concept device at CES 2020 but with the high-speed 5G networks being significant to the gaming industry, we can expect this to launch officially in the future.