Skip to content
Home News Rare Apple-1 Computer with Original Box Signed by “Woz” Up for Auction at $50,000 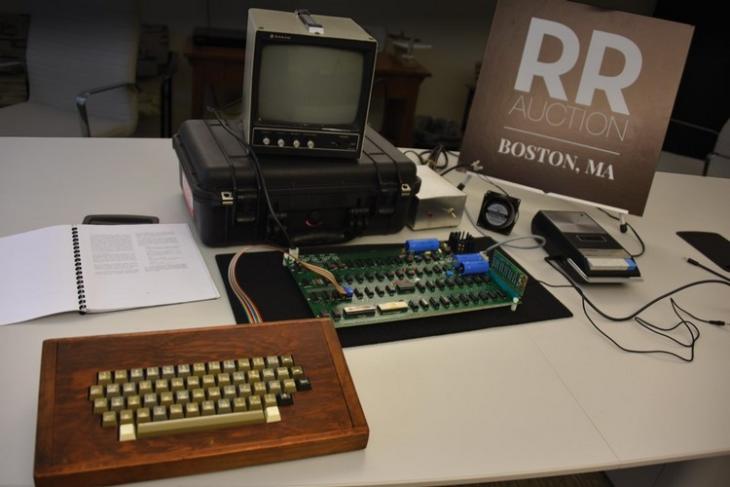 Since Apple came into the market back in 1976. the company has made some pretty revolutionary products for consumers. As a result, vintage Apple products now cost a ton in the market, and some auction houses often put these products up for bidding. So, recently, an auction house, named RR Auction, put a pretty rare Apple 1 computer up for bidding and it starts from a whopping $50,000.

The device in question, the Apple-1 or the Apple Computer 1, is the first computer that the Cupertino tech giant made and sold when Apple was not even a company. It was built by the co-founder of Apple, Steve Wozniak, and the one that is up for auction comes with the original box signed by him.

RR Auction notes that the computer is in “exceptional” condition and has been restored by Apple-1 expert, Corey Cohen. You can check out the restoration video right below.

However, now if you want to get your hands on the Apple-1, you will have to shed a lot more than just $666. You can check out the Apple-1 on RR Auction’s official bidding website.