Skip to content
Home News This Vintage Apple Retail Sign is up for Auction; Starting Bid Is $20,000 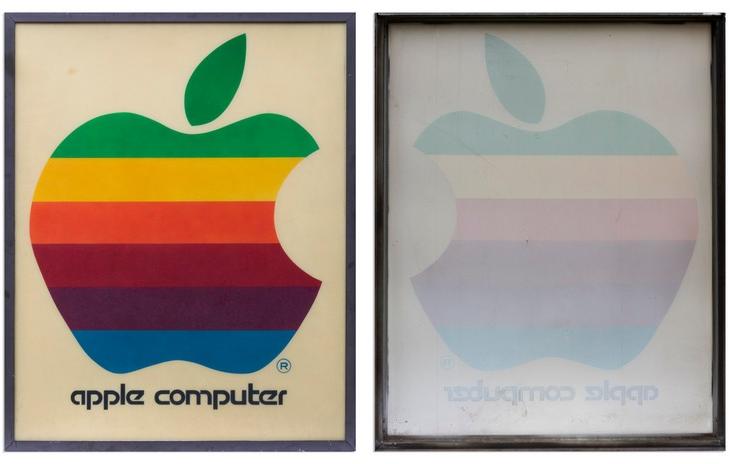 Apple has been a company possessing a rich history in the modern tech world. The company that put a personal computer in everyone’s home has some iconic properties for which people are willing to pay a lot of money. For instance, there was an iPhone case that contained a piece of Steve Jobs’ iconic high-neck sweatshirt and it cost $6700 (~Rs 5,09,170). Now, an Apple retail sign with the Apple rainbow logo is up for auction. The starting bid is $20,000 (~Rs 15,19,900).

Now, it is important to note that there are many Apple items from the company’s history that fetch a lot of money. However, the value depends on the rarity and condition of the items. Now, this particular retail sign is in “very good” condition, according to Nate D. Sanders Auctions.

This particular piece of the retail sign represented an Apple authorised reseller back in 1978. It is one of the earliest Apple retail signs. The rectangular piece is a 4′ by 5′ board with the company’s recognizable rainbow logo. The owner of the authorised reselling shop came to know about the emerging computer company back in 1976 when Apple introduced the Apple I.

Now, the rainbow logo of Apple has quite a history. Designer Ron Janoff of Regis McKenna Advertising agency designed the logo back when Apple transitioned from their original Newton logo. Jobs chose this rainbow logo as it contained all the colours that the Apple II could display, which was a revolutionary thing at that time.

You can check out the retail sign on the official website of Nate D. Sanders auction. Just click/tap here.