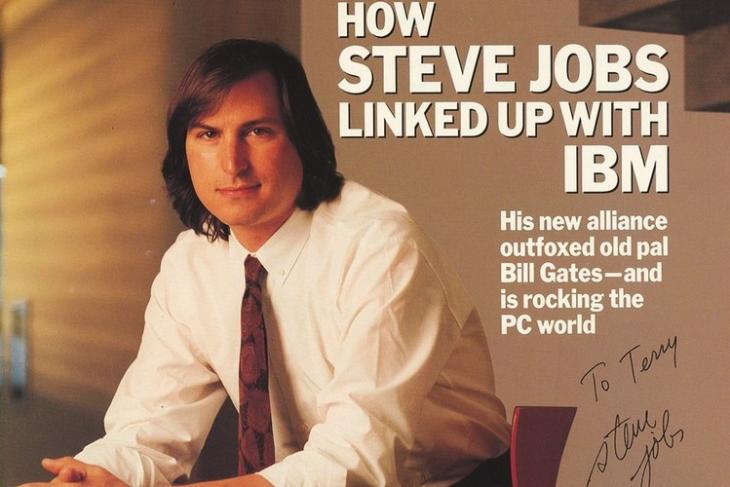 We all know that Apple has been an iconic electronic company since its inception way back in 1976. Its popularity is mostly because of the company’s eccentric and revolutionary founder and CEO, Steve Jobs. Now, as the Cupertino-based tech giant has been there in the market since the early days of the computer revolution, there are several vintage Apple products for the enthusiasts, like the “Apple Car” or the retro Apple Store signboard, that go up for auction from time to time. Now recently, a Fortune cover with Steve Jobs’ signature went to a buyer for a whopping price of over $16,000.

The Fortune Magazine cover from the date October 9, 1989, belonged to a chauffeur named Terry (surname undisclosed). He “was one of Jobs’s chauffeur drivers for several years before [he] asked Jobs to sign this magazine,”.

The CEO did fulfill the driver’s request. However, he then also called the Limousine company from which he hired Terry to complain about the autograph request.

Now, coming to the expensive magazine cover, the Fortune cover autographed by Jobs in his classic “lower-case” style sign actually features him on it with the title “How Steve Jobs Linked Up With IBM”. Reportedly, the magazine came right after the launch of Jobs’ new company, NeXT Inc.

The buyer of this iconic magazine cover, received the 9″ x 10.875″ cover, without the rest of the pages. And also a letter of authentication from Terry, Jobs’ driver, and the owner of the artifact.

Now, the bidding came to a close just recently. However, you can check out the auctioneer’s official website for some additional info and some official pictures of the cover along with the letter of authentication.