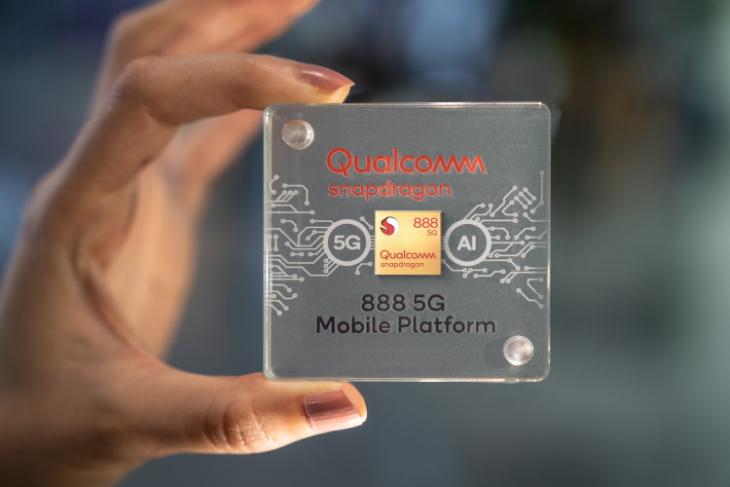 During its virtual Snapdragon Tech Summit, Qualcomm took the wraps off its much-awaited flagship 800-series chipset that will be found in most premium smartphones next year. It is dubbed the “Snapdragon 888” chipset and not the Snapdragon 875 or Snapdragon 870 as speculated by many in the industry.

The Qualcomm Snapdragon 888 5G Mobile Platform is the successor to last year’s Snapdragon 865. It is the chipset that will “deliver the premium experiences users deserve” by bringing major advancements in the gaming and camera department, says Qualcomm. It also continues to focus on 5G connectivity.

Snapdragon 888 integrates the third-gen Snapdragon X60 5G-RF modem onboard. It supports both mmWave and sub-6GHz 5G networks, along with support for multi-SIM, carrier aggregation, dynamic spectrum sharing, and more.

There’s a new 6th-Gen AI Engine, coupled with an upgraded Hexagon processor, to provide an astounding 26 TOPS (tera operations per second) performance. The Elite Gaming Engine, along with the new Adreno GPU, will bring new mobile-first gaming features to the upcoming flagship phones. And more importantly, Snapdragon 888 will take a significant leap in computational photography with the new Spectra ISP. It will allow “users to capture photos and videos at 2.7 gigapixels per second or roughly 120 photos at 12MP resolution.” It is up to 35% faster than the previous-gen ISP, as per the official press release. 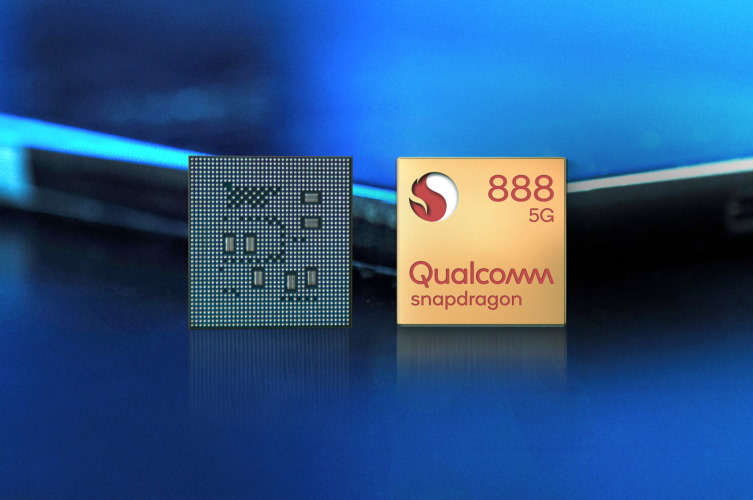 “It takes an organization that’s focused on tomorrow, to continue to deliver the technologies that redefine premium experiences,” Cristiano Amon, the president of Qualcomm Incorporated said in regards to how the company has debuted its newest flagship chipset while a pandemic grips the world.

Also, Qualcomm has listed the phone makers that will debut flagships powered by the Snapdragon 888 chipset next year. The likes of ASUS, Black Shark, Lenovo, LG, Meizu, Motorola, Nubia, Realme, OnePlus, OPPO, Sharp, Vivo, Xiaomi, and ZTE will provide support for this flagship chipset, as per the official press release.

We can expect the Mi 11 series from Xiaomi or the Samsung Galaxy S21 series to be the very first to adopt the Snapdragon 888 next year. Qualcomm has merely announced its flagship chipset today and will share the complete details, including the CPU and GPU cores, performance metrics, and more tomorrow.