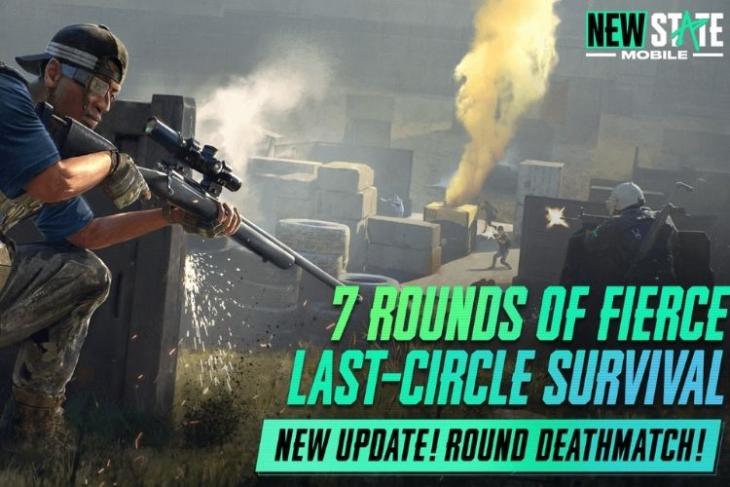 PUBG: New State has received a new February update, which has led to the introduction of a slew of exciting features and game modes. The most prominent addition is a new round-based Deathmatch mode. The update also brings in new weapons, Survivor Pass Vol. 4, and more. Here’s a look at the details.

The new Round Deathmatch mode (RDM) is a 4 vs 4 mode, which will occur in the first RDM map called Arena. A team will have to win 4 out of the 7 rounds to win the game. Unlike in other deathmatch modes, players won’t respawn once they die in the RDM mode. The mode sees the two teams on different corners of the map, opposite each other. The playzone is restricted from the start and present around the care package drop.

Moreover, “Round Deathmatch has the same default weapon presets as Team Deathmatch,” says the patch notes. You will be able to pick a loadout of your choice each round, and you will get 1 grenade, 1 smoke grenade, and 1 flash grenade each time. Krafton seems to have taken inspiration from the Arenas mode in Apex Legends, which works exactly the same way. This PUBG New State mode arrives in the wake of the announcement of the Apex Legends Mobile soft launch, which should happen anytime soon. If you are interested, learn how to pre-register for Apex Legends Mobile outside soft launch countries right here.

The update also brings in two new weapons – MP5K and Crossbow. The former is a 9mm-based SMG, which can support a number of attachments, while the latter is a silent and long-range weapon that is also available as a field drop in the Troi and Erangel 2052 maps.

Various new weapon customizations have also been introduced in the latest PUBG New State update. For instance, the M249 weapon can now be customized with a new shield attachment. Although, this results in a slightly slower ADS time.

Additionally, the New State February update has introduced new Clan System Adjustments. With this update, the recommended clans will now focus on the Clan Master’s nationality, so clans with common nationality can match together with ease. A Clan Master can also choose an emblem using various colors and symbols and the same will appear on the “recommended clan page” and even on the clan member’s profile pages. You can refer to the patch notes to know more about the PUBG New State update.

The new PUBG: New State February update is now available for both Android and iOS users. Do let us know how you feel about it in the comments below!