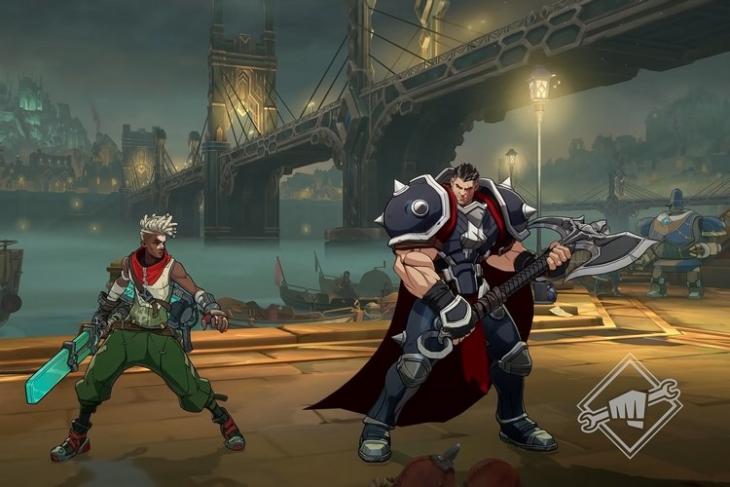 Riot Games has been on a roll in terms of delivering new content to its loyal communities of fans across games. We recently saw the gaming company release a masterpiece of a series on Netflix, Arcane, based on its uber-popular MOBA game League of Legends (LOL). Now, Riot Games’ Tom and Tony Cannon have given an update about its upcoming “assist-based 2D fighter” game involving characters from the LOL universe. It is currently in the early stages of development.

Riot Games’ Project L: All You Need to Know

Dubbed as Project L, the title was initially announced by Riot back in 2019, during the 10th year anniversary celebrations of League of Legends. Since then, we haven’t heard anything about the upcoming title from Riot, until recently. Earlier this week, the execs and twin brothers, Tom and Tony Cannon presented us the first look of Project L’s gameplay and a few characters and their abilities in an official YouTube video.

In the video, the twins, who are also the Executive Producer and the Technical Lead of Project L, showcased various League of Legends characters like Ekko, Jinx, Darius, and others in actual gameplay footage from the title.

While the gameplay continued to play on-screen, showcasing the various abilities and movements of the characters, the Cannon brothers explained the significant aspects of Project L and how they want to develop it. The developers, in the video, showcased the League of Legends character Ekko, who has been completely re-envisioned for Project L.

Furthermore, Tom says that the controls of the game would be “easy to learn but hard to master” in Project L. So, new players can easily jump into the game and enjoy it, while veterans could showcase their skills using the various hard-to-learn character elements in the game. Plus, Tony asserted that the team is constantly working on the netcode, which is the networking foundation for the title, to make it “the absolute best” in its category.

You can check out the video below to see the gameplay and characters of Project L. It is pretty awesome!

Now, coming to the availability of Project L, the Riot execs say that the game is still in its early stages of development. The gameplay footage they showed in the video is all they have right now. However, the Cannons confirmed that they have “almost locked on the stuff that makes a game a game.” Nonetheless, they say that the team still needs to work on various other things like building a full roster, adding menus and UIs, designing the stages, and creating a competitive ranking system.

So, it will be some time before we see Riot release Project L. In fact, we don’t think that it will be named Project L as Riot’s popular 5v5 tactical shooter Valorant was called Project A during its development stages. Moreover, the two leads of the game confirmed that it will not release this year or the next. They also committed to giving another update about their development with Project L “sometime early in the second half of 2022.”