Defence of the Ancients 2, more popularly known as DOTA 2, is one of the most popular online games out there. Its world championship has one of the largest prize pools in eSports history, and is watched by millions of people around the world. However, as with every game, DOTA 2 has a shelf life, and even though the game keeps on evolving constantly, a large number of players stop playing the game every now and then. If you’re among those who’re planning on quitting DOTA 2 and are on the lookout for other games, you’re in luck. We’ve compiled a list of the best games like DOTA 2 that you should try.

As a seasoned DOTA 2 player, you’d already know that it falls under the MOBA (Multiplayer Online Battle Arena) genre of games. Here are some of the best MOBAs that you should try right away.

League of Legends is not just a game like DOTA 2 instead it sits there at the top alongside DOTA 2 as one of the most popular and widely known MOBA game. Also knows as LoL, it is one of the best MOBA games out there.

This game has a wide variety of heroes to choose from and offers a very competitive gameplay. The game interface is clean and straightforward and there are tutorials for beginners to learn the basics of the game. 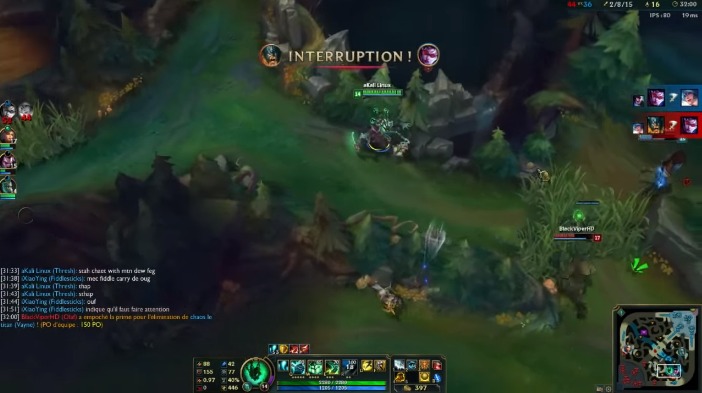 The best thing about LoL is the fact that it runs smoothly even on low-end PCs so you don’t need a dedicated gaming rig to run this game. It’s a perfect mix of RPG and strategy. You are the summoner in this game who brings forward a champion to fight for him/her. You control the champion and influence it with the use of spells and runes.

Your skill level in MOBA genre determines how good you can play your hero. You can buy extra heroes and accessories with in-game currency or real money to gain an advantage, however, you can also use free champions that are available every week in rotation.

2. Heroes of the Storm

First of all, there are no items or accessories to give you an advantage over the enemy which means everyone plays on an equal level. Pure skill and experience are what separates good players from new ones. 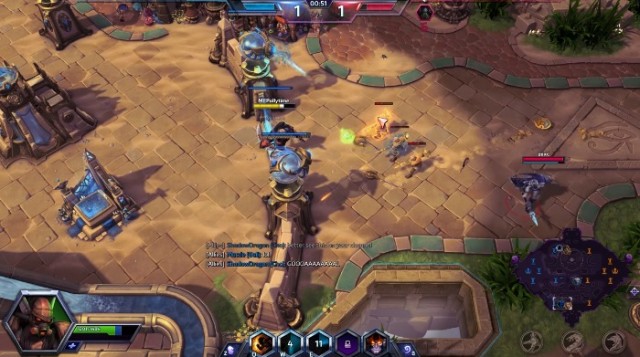 This makes the game very interesting because you can play as your favorite characters and enjoy the game. There are tons of new elements on each map that give the teams an edge over their opponents depending on who utilizes these elements. This game offers one of the best MOBA experience in the genre for newbies and veterans alike.

If heroes and champions from the other games do not interest you at all then you may find yourself interested in Gods. SMITE is the MOBA that brings Gods from different mythologies into the battlefield. You don’t need a weak hero when you can play as one of the many Gods of different religions and mythologies around the world. Powerful Gods like Zeus, Thor, Loki, etc are available in SMITE.

This game is a bit different from other MOBAs because it has a 3rd-person perspective instead of the common top-down perspective found in most MOBAs out there. You can get to use your god in 3rd-person view which makes the experience a bit unique and gives it more of an action game theme. 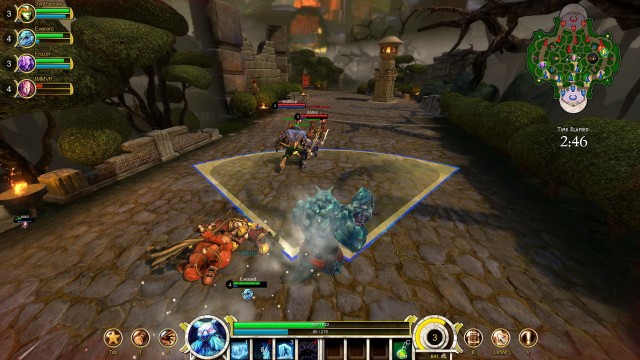 This game still needs a little more balance because there are certain Gods that are far superior to others, which makes the experience a bit boring sometimes because everybody picks the same Gods.

However, if you are skilled enough then you can choose any God and smite your opponents (pun intended). Buy items at the beginning of the game to gain an advantage over your enemies and give a boost to your god. You need quick reactions to perform in this game.

Choose your hero and lead your army to the victory in Heroes of Newerth. This game is all about building tactics with your team and then attacking the enemy to crush them. The game focuses on team play and strategy gameplay. You get a very amazing voice chat in the game that can be sued to coordinate with your team and plan your attacks accordingly. 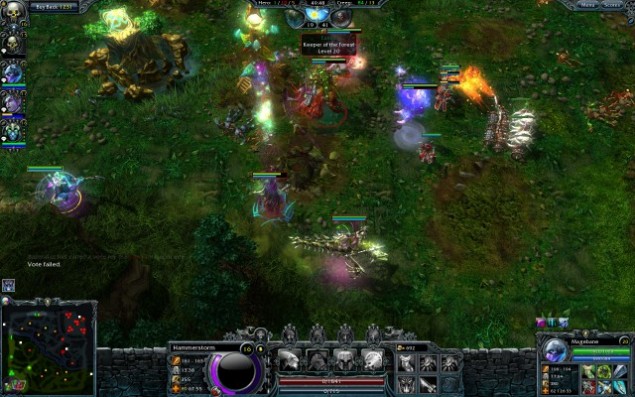 This game is based on the Warcraft 3 mod: DotA, however, there are many new unique elements in the game that give it a different style. Create a clan and recruit clan members to become the most powerful force in this game. the gameplay is fast paced and focuses on team play rather than individual attacking.

There are more than 12 playable characters that you can use for free and you can even purchase extra stuff if you want with in-game currency or real money. Play ranked mode to earn better ranks and become the number 1 player on the Heroes of Newerth leaderboards, it takes time and patience to reach the top stage.

Arena of Heroes is an entirely new type of MOBA and it’s could very well be the first of its kind in the genre. It is the perfect mix of turn-based RPG and strategy games. In this game instead of going at it individually, the whole team is controlled by a single player at a time. Every turn a new player gets to control the entire team and makes moves with them as they see fit. This makes the whole gameplay very interesting because one bad move could cost you the match. 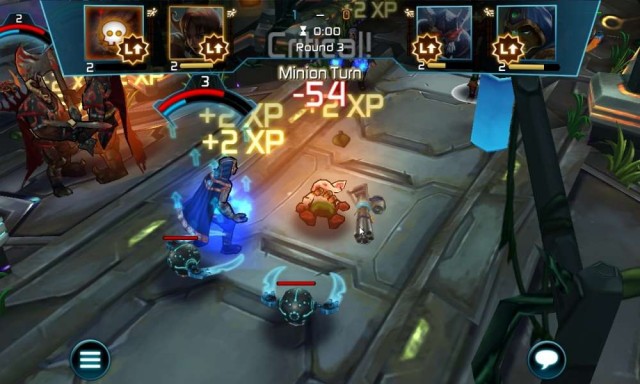 Every move needs to be planned in advance and carried out as planned. It’s more like playing chess on a MOBA battlefield with your heroes. The game is in the earlier stages at the moment and offers 12 playable heroes for the time being. These heroes are available for free in weekly rotation so you can try them out before purchasing any one of them. This game rewards tactical play and the best thing is the fact that it’s cross-platform for both PC and iOS.

If it’s not just DOTA 2 that you’re through with and you’ve just given up PC gaming altogether, then you can even play some pretty great MOBAs on your smartphone. Arena of Valor is one such game which is essentially like DOTA 2 or League of Legends repackaged for smartphones.

Developed by Tencent games, Arena of Valor is the global version of Strike of Kings – a mobile MOBA that’s very popular in China. The game follows the same structure adopted by other popular MOBAs, giving players access to a variety of Heroes that they can control and take down the enemy team along with four other teammates on a familiar 3-lane map. 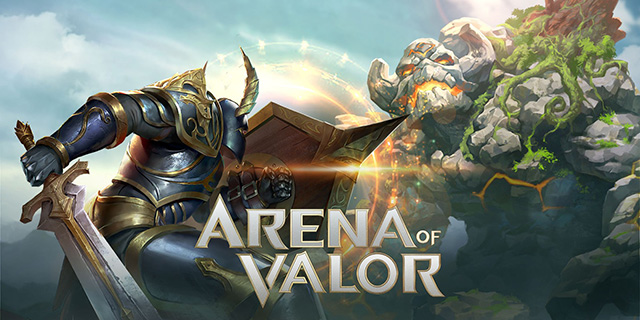 As of now, Arena of Valor offers a roster of around 40 different heroes that have been divided into six set roles – Tanks, Assassins, Mages, Support, Warriors and Marksmen. On top of that, the game also features a couple of different game modes, including a 3v3 mode for quicker matches and a 1v1 mode to help you test out your skills against players from around the world.

The game’s controls have been expertly optimized for the touch screen and are fairly easy to pick up if you’re already familiar with games like DOTA 2. Arena of Valor is a must try for anyone looking for a decent MOBA experience on their smartphone.

If none of the aforementioned mobile MOBAs catch your fancy, then you can also try out Heroes Arena – another decent option for smartphone users. Much like any other title of this list, the game features a classic 5v5 mode in which you duke it out with your teammates to destroy the enemy’s base. Additionally, the game features a 1v1 and a 3v3 mode, which offer faster matches and rely less on strategy and more on raw skill. 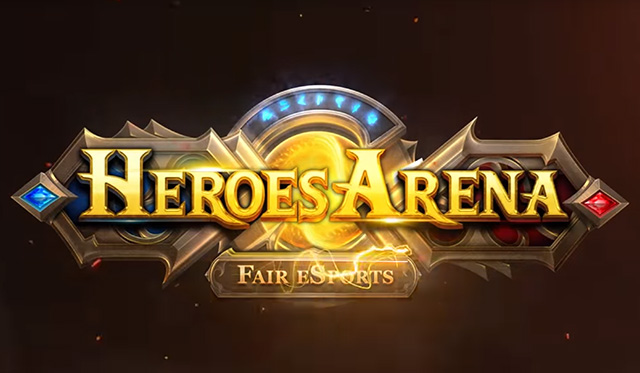 The game features a roster of 20 heroes with unique abilities and six distinct classes, including Assassin, Mage, Marksman, Support, Tank and Warrior. The game is completely free to play, offering in-game cosmetic upgrades with which you can change your favorite hero’s looks. While the game works fairly well, its champion roster is a bit underwhelming, which might put off some of you who’re accustomed to a large variety of champions.

This may sound a bit weird but Vainglory is the perfect MOBA game that has been perfected for touch-based gameplay. Yes, you read that right this is not another PC MOBA instead Vainglory is a mobile MOBA game available on both iOS and Android platforms. This game feels smooth and perfect on a touch-based device. You don’t have to be sad anymore fellow mobile gamers because you have Vainglory to curb your appetite for fierce and good looking MOBA games. 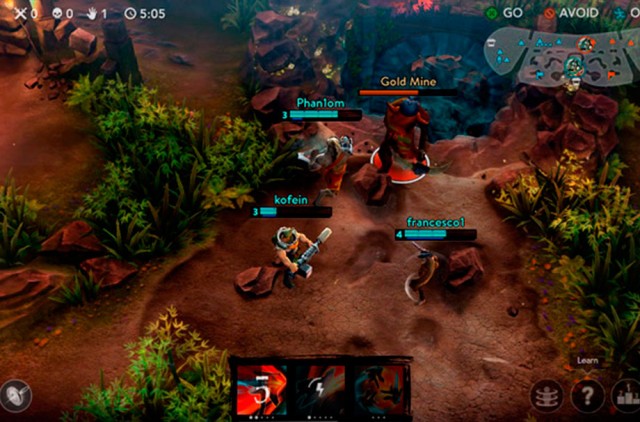 You may not have DOTA 2 or LoL on mobile but Vainglory is an amazing game that really rivals the top MOBAs out there in terms of gameplay and strategy involved.  The game looks really amazing and lets you duke it out in a 3v3 battle format. Destroy the enemy vain crystal to attain glory in this action packed and fast paced MOBA for mobile devices.

Q. What kind of game is DOTA?

DOTA 2 is a multiplayer online battle arena or MOBA game. In the game, two teams of five players play against each other. The team that destroys other team’s strong-hold first, wins the game.

Q. Is League or DOTA 2 better?

DOTA 2 boasts a serious learning curve. So, if you are not ready to invest hundreds of hours in the game, you won’t start enjoying it. But that also makes the game rewarding. It entirely depends on what your definition of better is.

If you want to play a MOBA title that has awesome gameplay and is relatively easy to start, go for LoL. On the other hand, if you like the challenge and the reward that comes with it, try DOTA 2.

Q. What is the best MOBA game?

Both League of Legends and DOTA 2 are considered the best MOBA games. Depending on your preferences and taste, you might prefer one over the other.

Q. Is DOTA a dying game?

Far from it, it’s still one of the biggest MOBA games in the world.

The above-mentioned games should be enough excuse to give DOTA 2 a break for a while and try out something new. These game will definitely keep you hooked for a very long time. So choose the one that really appeals to you because it would be very difficult to leave the game after a little while. Test them all and choose the one you want to play for quite some time and even spend some money on. If you think some other MOBA deserves to be mentioned in the list then feel free to mention them in the comments below and we’ll try to include them in the list.