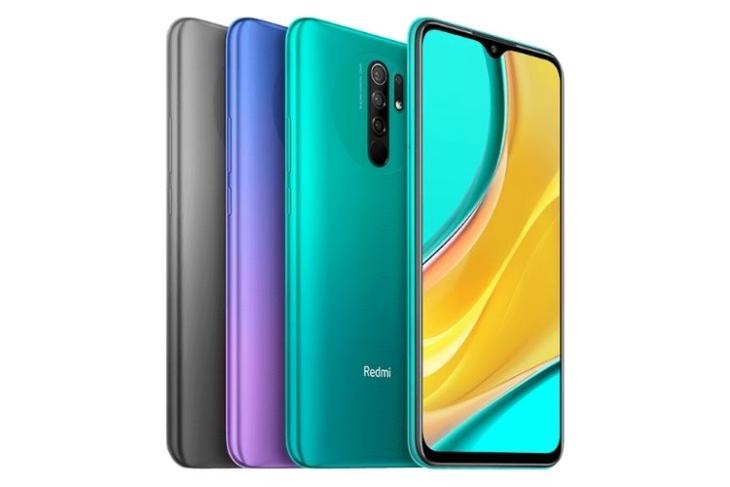 Poco M2 is set to arrive as the latest entry-level smartphone from the company next week. While we initially assumed that it will be a Redmi 9C (global variant) rebrand, the latest teaser for the device has sort-of confirmed that it will be a Redmi 9 Prime rebrand. Redmi 9 Prime was unveiled in India earlier last month, with a MediaTek chipset, quad-cameras, and more in tow.

The company has been teasing the Poco M2’s features one at a time on its dedicated microsite on Flipkart. We already know that the smartphone will include a Full-HD+ display and up to 6GB RAM. But, the website has been updated today to reveal that Poco M2 will feature a quad-camera array. The thing that will, however, catch everyone’s eye is the fact that the camera array looks exactly like the camera system aboard the Redmi 9 Prime. You even have a capacitive fingerprint sensor below the camera array.

This suggests that Poco M2 will be a rebranded Redmi 9 Prime. It’s currently unknown whether the company will change anything in the camera setup. If not, you can expect to find a 13MP primary camera, an 8MP ultra-wide lens, a 2MP macro lens, and a 2MP depth sensor. It will be powered by the MediaTek Helio G80 chipset, coupled with a 5,020mAh battery and 18W fast-charging.

Poco’s presence in India can be considered as a ‘dumping ground’ as compared to the global markets. On one hand, the Chinese giant is gearing up to take the wraps off the Poco X3 (successor to Poco X2 that debuted in India earlier this year) globally. It will be the company’s first original offering and not a rebranded device. But on the other hand, it’s going to rebrand and launch an already available phone (Redmi 9 Prime) in India as the Poco M2.

Poco’s brand strategy has gone from being the brand that launched a flagship killer in the form of Poco F1 a couple of years ago to the rebrand king in six months of 2020. I mean, Poco X2 marked the company’s comeback and it was a Redmi K30 4G rebrand. It had a shameless ‘Designed by Poco’ branding on the rear as well. This does not mean it is a bad phone in any way but it did replace what could have actually been the Redmi K20 successor in India. It all seems to go downhill from here though.

And now, Poco M2 is said to arrive as its younger sibling and it will most likely be the rebranded version of the Redmi 9 Prime that launched in India last month. The device touts a Full-HD+ display, quad-camera array that looks similar to the Redmi 9 Prime, and up to 6GB of RAM.

So yeah, it is time we call out Poco for turning into a brand that has no direction and only appears to be acting on the whim of the higher-ups who want this brand to exist alongside the Redmi and Mi brand to satiate the customer’s need for Poco phones. The company is tone-deaf to the customer feedback and what they want from them. At this point in time, Poco needs to take some time off and mull its brand strategy instead of simply pasting a ‘Designed by Poco’ logo on Redmi phones that are already available in India.

I bet Poco M2 will be a great budget phone, one of the best value-for-money options, in the sub-Rs. 10,000 segment. Where does this leave the Redmi 9 Prime though? And if both the phones offer the exact same features and design? Which one would the users pick? It is all just turning into a big mess at this point.

Poco M2 Launches As a Rebranded Version of Redmi 9 Prime in India; Starting at Rs. 10,999