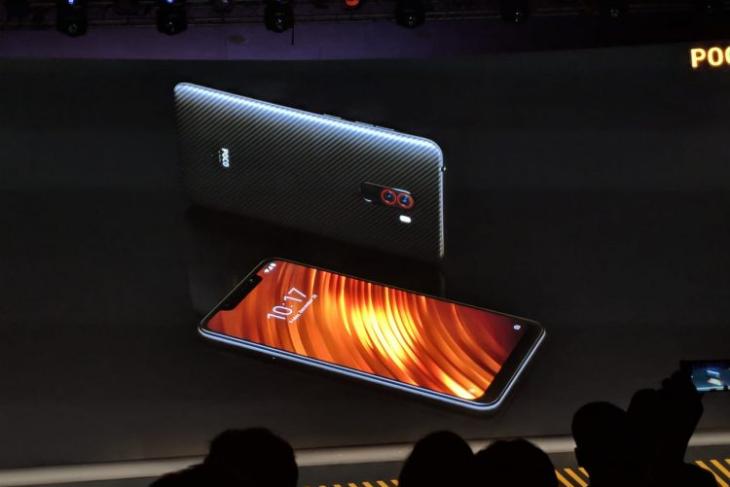 Competing with the likes of OnePlus and Asus in the budget flagship segment, Xiaomi’s Poco F1 has been priced starting at Rs 20,999. It will be available in 3 different variants:

It is available in three color variants, namely Steel Blue, Rosso Red, and Graphite Black. You can also choose the Kevlar rear panel on the Poco F1 to get the feel of owning the Avengers-edition OnePlus 6.

The device will be exclusively available online via Flipkart (even though persistent issues with flash sales in the past) and Xiaomi’s Mi stores across the country, with the first sale scheduled for August 29.

Let’s start off with the design, the Poco F1 looks a lot like the Mi 8 on the front, with its huge notch and chin but doesn’t boast of a premium glass rear. Poco F1 is instead rocking a plastic build that doesn’t necessarily scream flagship right off the bat. 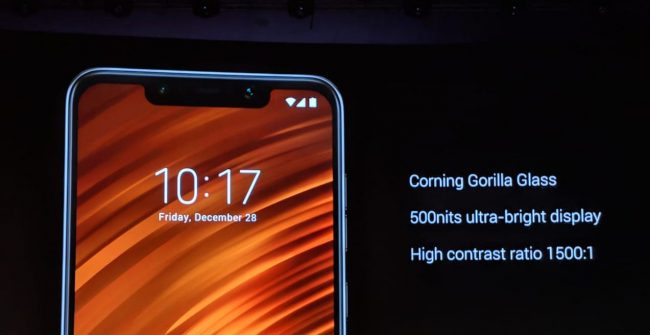 Coming to the specs, the device sports a 5.99-inch Full-HD+ IPS LCD display, with 19:9 aspect ratio and resolution of 2160×1080 pixels. Its notch not only hosts the front camera, earpiece, and sensors but also boasts of ‘IR Face Unlocking’ hardware similar to the one we’ve seen on the Xiaomi Mi 8. You can check out the IR Face Unlock hardware right here:

The Poco F1, as revealed by recent teasers, is powered by the Snapdragon 845 and comes with up to 8GB of RAM and 256GB of onboard storage. It runs Android 8.1 Oreo out-of-the-box, with the Poco Launcher in tow. It has an app drawer as opposed to MIUI and features a ton of customizations such as hidden apps, group icons by color and third-party icon support.

On the optics front, the Poco F1 brings a dual 12MP + 5MP rear camera setup placed along the center, along with a single 20MP front camera for your selfie cravings. It boasts of several AI camera features, including scene recognition (206 scenes over 25 categories), AI portraits (with options to switch between normal, backlit, and silhouette) and more. 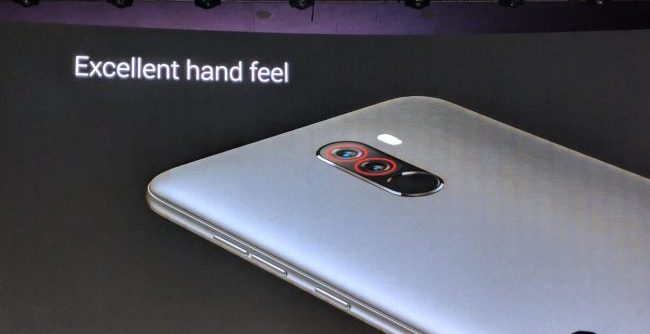 It also boasts of a massive 4,000mAh battery pack, coupled with Quick Charge 3.0, that should easily last you the day on a single charge. There’s no IP rating of any sort on board but you do get liquid cooling tech on board for 300% faster heat transfer and much improved graphics performance.

To sum it all up, here’s a quick roundup of all the key specs of the Poco F1:

With beastly specs and a modern notched design, the Poco F1 is gearing up to take on the likes of OnePlus 6 and ZenFone 5Z head-on in the premium segment. The device has been priced extremely low and with the backing of Xiaomi’s brand name, Poco F1 can potentially outperform its peers (and even kill the Honor Play, which launched just recently).

So, how do you like the Poco F1?  Will you be interested in buying the Poco F1? Do let us know your opinions in the comments below.