Xiaomi recently unveiled its flagship for 2018, the Xiaomi Mi 8, and well, it has been scrutinized a lot for its iPhone X like design and features. Well, the iPhone X resemblance aside, the Mi 8 seems like a power packed smartphone. I mean, it’s the first Xiaomi phone with a Super AMOLED display, the first with dual GPS frequency, the first with a notch and the first with infrared face unlock. Well, we have the Mi 8 here with us and these are our first impressions:

First, let’s get the Mi 8 specs out of the way. Here’s everything the Mi 8 brings on paper: 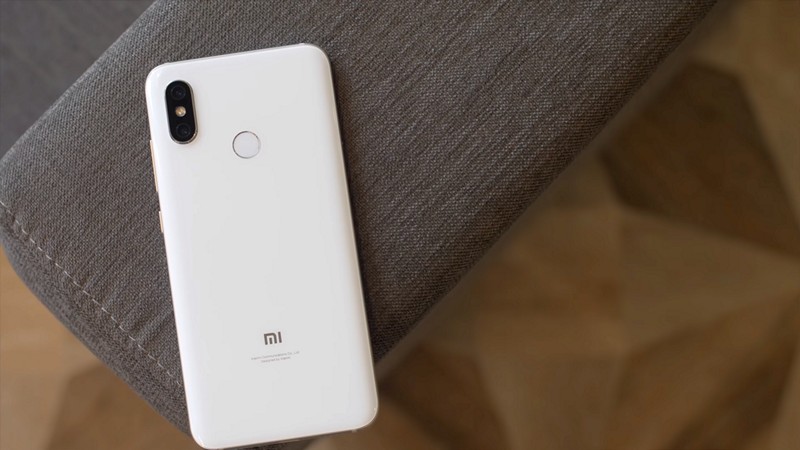 We have the white variant of the Mi 8 and let me just get this straight out of the way, yes, it’s an iPhone X copy. The notch has the same design, the back is very similar. The Mi 8 just resembles the iPhone X a lot but hey, let’s not forget that almost every other phone these days looks like the iPhone X. 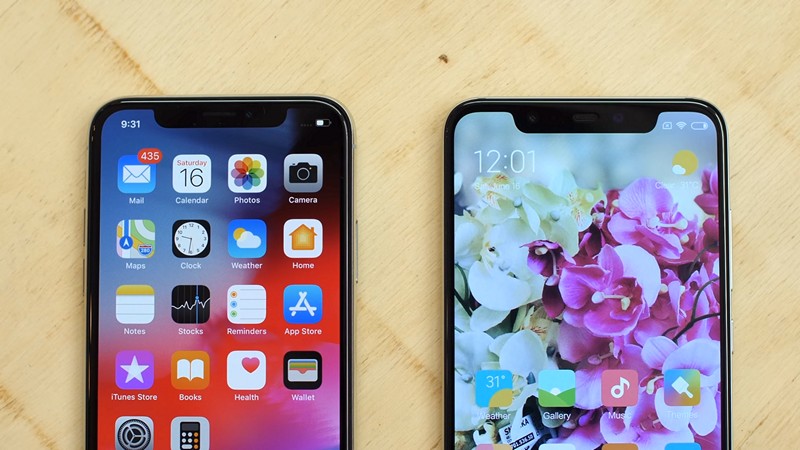 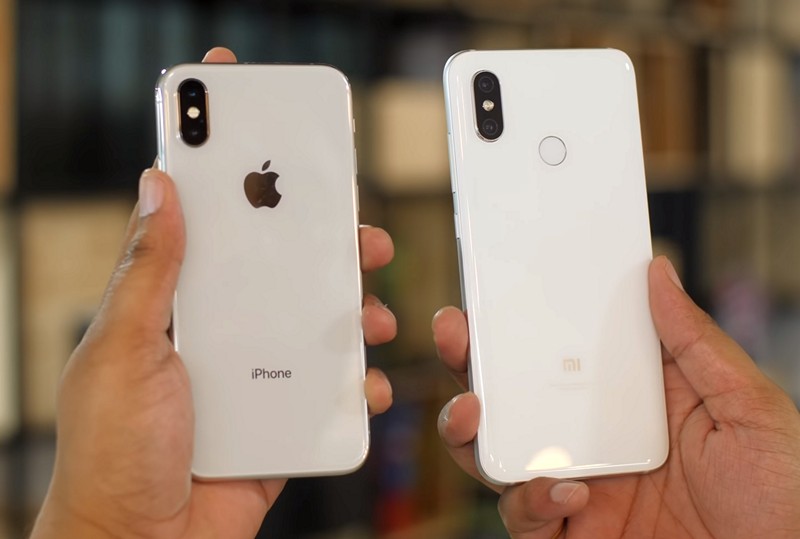 Anyways, the iPhone X resemblance aside, the Mi 8 is a beautiful phone. The back here is glass but there’s no wireless charging, which is okay really and it feels a lot like the Silk White finish on the OnePlus 6. It’s more glossy than the Silk White finish of the OnePlus  but it feels premium in the hands and looks premium too with that beautiful aluminium frame. No doubts about that. 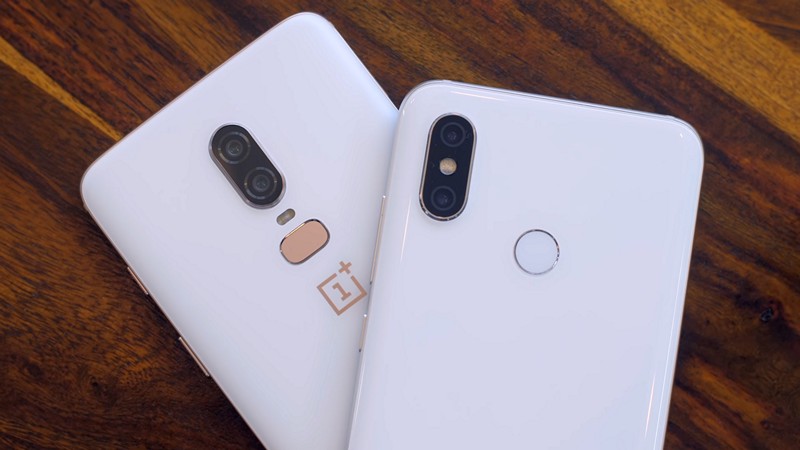 However, the front is something I am not a fan of. Say what you will, a smaller notch just looks way better, at least to me. 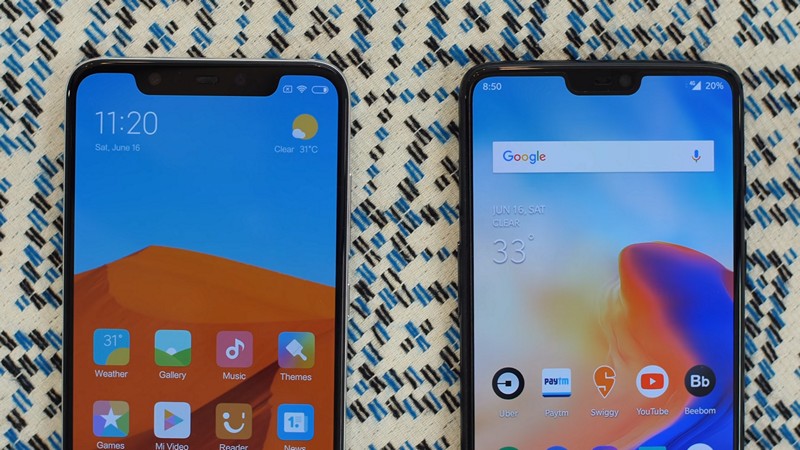 Having said that, the notch here has a infrared sensor in addition to the front camera, notification LED and other sensors, so I guess it makes sense. I mean, it’s not the Face ID tech that the Explorer Edition packs but the infrared sensor should be useful. I’ll get back to the sensor later but coming back to the notch, there is an option to hide the notch but it’s just weird. The hide screen notch adds an additional layer of bezel below the notch. I have no idea why it does that but hopefully, Xiaomi fixes that in a future update. 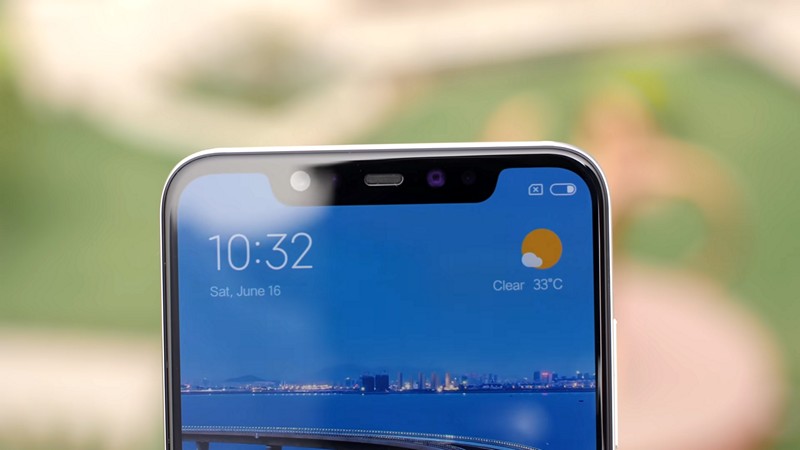 Apart from that, there’s the fingerprint scanner on the back, which is fast, as you would expect and there are the usual buttons here and the USB-C port but like the Mi 6, there’s no headphone jack and sadly, there’s no IP rating here, so you can’t just take it for a swim. 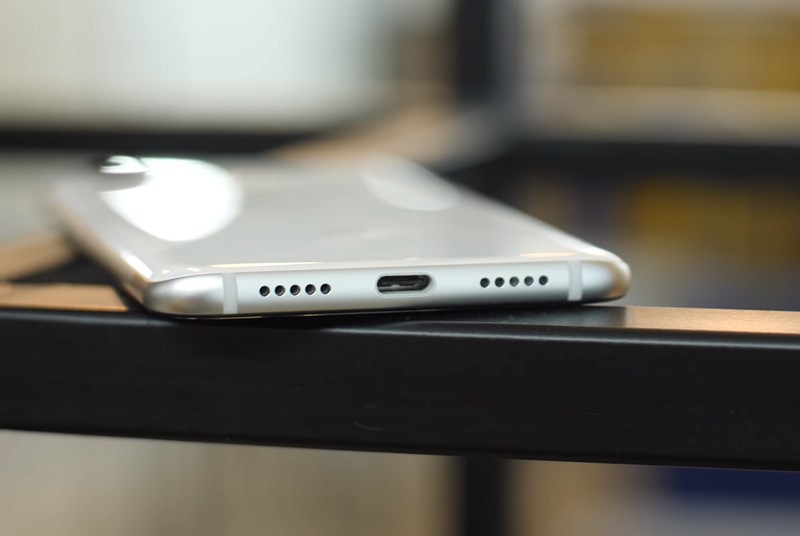 See, overall, the Mi 8 is a premium phone even with its quirks, no doubts about that, but yeah, it’s undoubtedly an iPhone X wannabe. 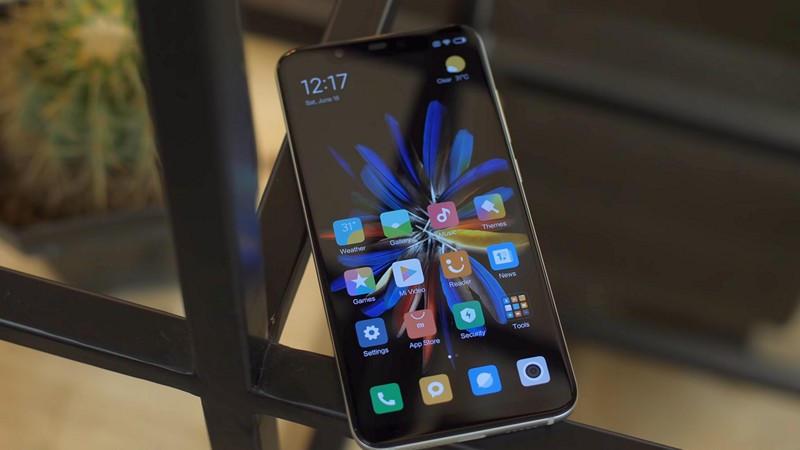 Honestly, Xiaomi has made a great decision to go with AMOLED in the Mi 8. Just look at this, the always on screen looks just way better when there’s a AMOLED display. 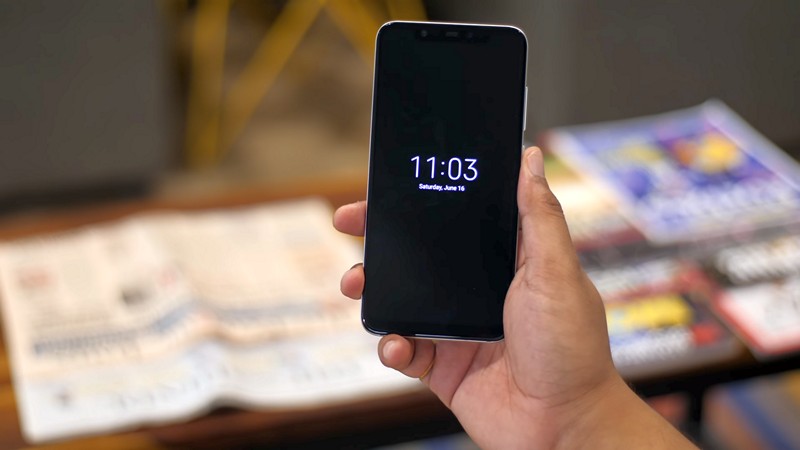 Overall, I really like the display on the Mi 8. It’s not QHD but it’s still a beautiful display. Having said that, I should know better about the display when it comes to sunlight legibility, brightness etc. when I do a detailed review of the phone. 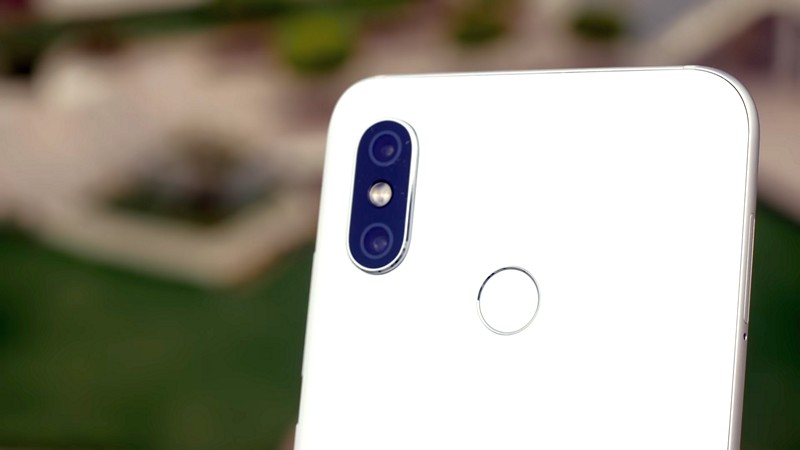 The Mi 8 comes with a 12 MP f/1.8 plus 12 MP f/2.4 dual camera setup and it’s got AI, like most other things these days. I mean, there’s even an AI camera option here, which is said to improve scene detection. Anyways, we took some photos, so take a look.

The Mi 8 is supposed to have a good camera and from the looks of it, things do look positive. I mean, take a look at the portrait shots below, they seem pretty decent, right? but yeah, I will be testing out the camera more thoroughly in the coming days.

On the video front, the Mi 8 supports 4K videos but there’s no 60FPS support or any fancy super slow mo support, so it’s all pretty basic.

On the front, the Mi 8 comes with a 20MP camera, which should do the job well enough when it comes to selfies. There’s also the Portrait Mode here, which is nice to have. Having said that, it seems to have the same problems as other Xiaomi phones, like the oversmoothening, and overexposing. We should know better in our full review though.

Under the hood, the Mi 8 packs in the latest and greatest out there. There’s the Snapdragon 845 processor with 6 gigs of RAM, so the performance should not be a problem. I mean, in my brief usage, things were snappy and hopefully, it will remain the same because hey, let’s face it, MIUI might be a heavy custom skin but it’s optimized pretty well and should work well with top-end hardware like this. 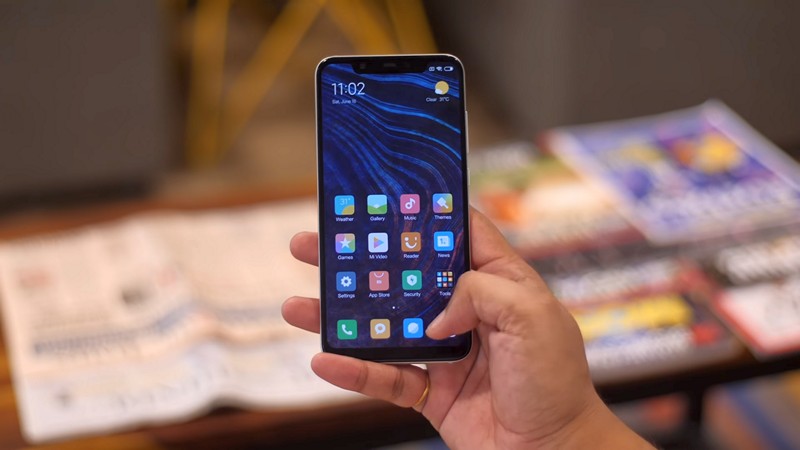 The Mi 8 we have comes with MIUI 9.5 but this is the China variant of the phone and if the phone does come to India, we can expect it to run the latest MIUI 10 update. Anyways, MIUI 9.5 is the MIUI 9.5 we know with the full screen gestures, which I like, and the usual MIUI features which a lot of you love. I was hoping to find the animojis like 3D emojis that Xiaomi announced but it’s not here yet. Maybe it will come in an update or maybe it will only come with the Explorer Edition of the phone. We don’t know yet. 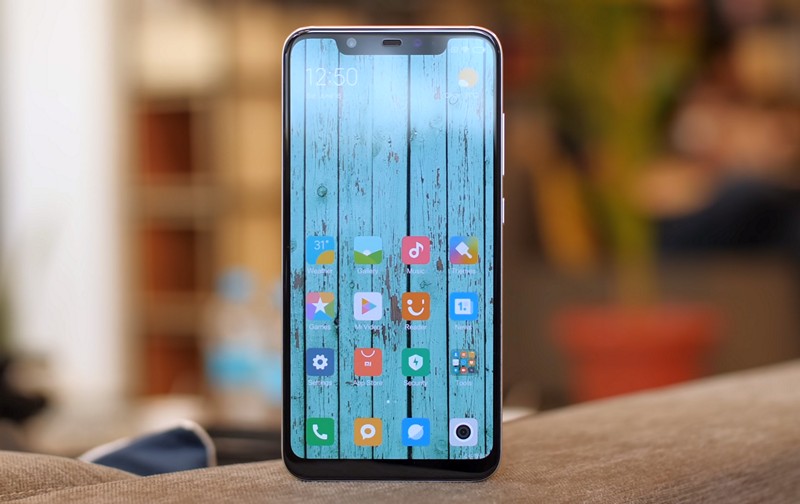 Lastly, there’s the battery, the Mi 8 comes with a 3,400 mAh battery, which isn’t something extraordinary but should be decent enough. I know the phone has a huge display but with the latest processor in tow, the power efficiency should be good enough. Having said that, I will be testing out the battery on this device thoroughly to get a better idea. 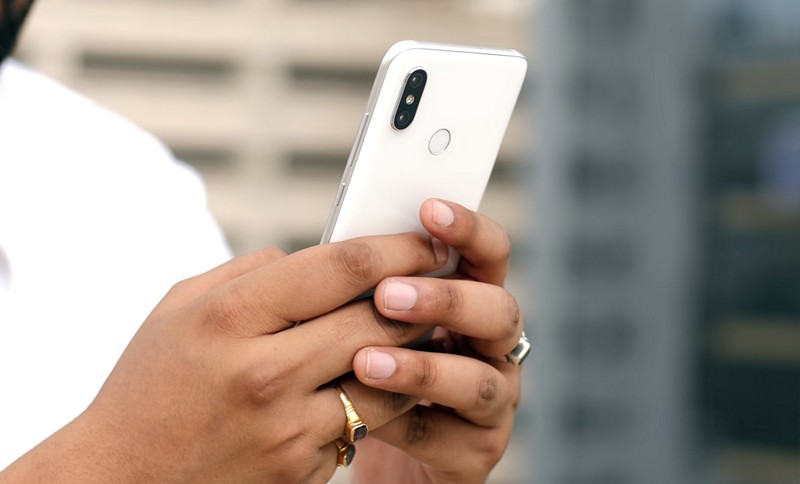 When it comes to connectivity, the Xiaomi Mi 8 packs in everything you’d expect from a modern day high-end smartphone. There’s USB-C, Bluetooth 5.0 with aptX HD, Wi-Fi 802.11 a/b/g/n/ac and dual SIM support. The Mi 8 is also the first phone to pack in a dual frequency GPS, which should result in more accurate location and more precise navigation. The phone packs in a Broadcom BCM47755 chip, which brings the dual GPS functionality and well, we will be going into detail on how it works and how it betters the usual GPS frequency on other flagships. 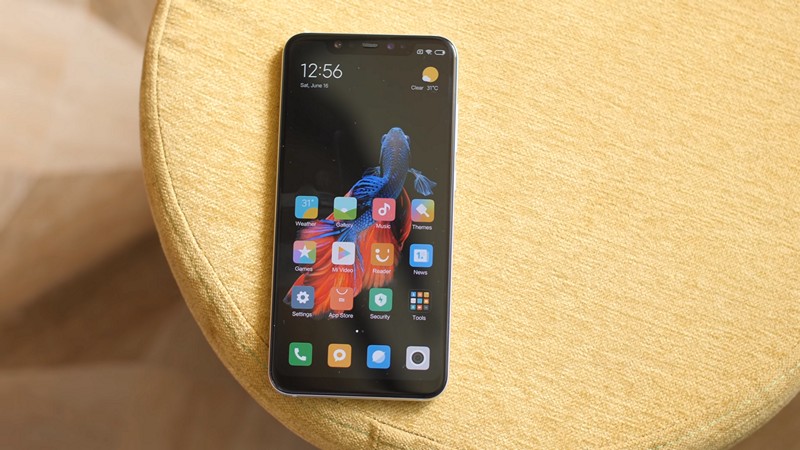 Well, that’s pretty much everything about the Xiaomi Mi 8. Look, I know we’ve all got the perception that the Mi 8 is Xiaomi’s version of iPhone X but if we look past that, the Xiaomi flagship seems like a pretty great smartphone. It’s premium, it’s got a great display, the hardware is top-notch and the cameras seem great. Plus, the Mi 8 in China is priced at 2700 Yuan, which is around 29,000 rupees, which is a great price for the phone.

So, just think about it, the Mi 8 at a price of less than Rs. 35,000 in India. Now, that would be just awesome! I mean, the OnePlus 6 would finally have some strong competition and that will mean more options for buyers, which is always great. 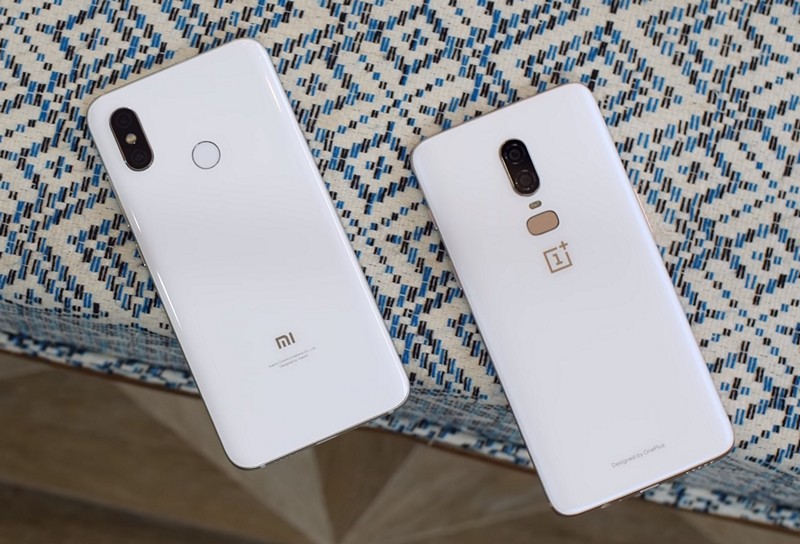 Having said that, this is all wishful thinking really. I mean, we know that the Mi 8 SE should be launched in India next month but there’s no word on the Mi 8 but honestly, we do hope the Mi 8 arrives in India. Xiaomi, if you are listening, make it happen, India deserves your flagship!