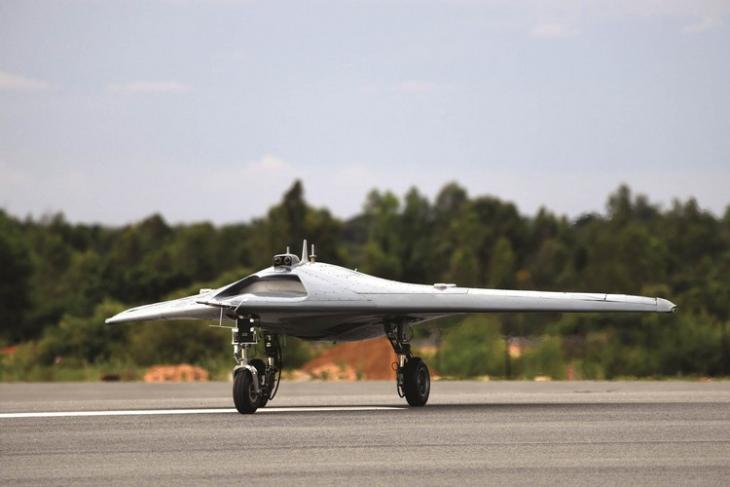 The Defence Research and Development Organization (DRDO) of India recently carried out a successful maiden flight of an Unmanned Aerial Vehicle (UAV) based on the indigenous Autonomous Flying Wing Technology Demonstrator. The flight marked a milestone for the DRDO in developing an Unmanned Combat Aerial Vehicle (UCAV) in the future. Check out the details right here!

The Defence Research and Development Organization (DRDO) recently announced the successful maiden flight of the Autonomous Flying Wing Technology Demonstrator via an official press release. The organization conducted the flight in a fully autonomous mode and the aircraft was able to perform every flight task smoothly.

The Unmanned Aerial Vehicle (UAV) has been designed and developed by DRDO’s premier research laboratory, the Aeronautical Development Establishment (ADE) in Bengaluru. It is powered by a turbofan engine and the airframe, undercarriage, and entire flight system of the UAV were developed right here in India.

“Operating in a fully autonomous mode, the aircraft exhibited a perfect flight, including take-off, waypoint navigation, and a smooth touchdown. This flight marks a major milestone in terms of proving critical technologies towards the development of future unmanned aircraft and is a significant step towards self-reliance in such strategic defense technologies,” the official press release stated.

Following the successful test flight, India’s Defence Minister Rajnath Singh congratulated the team for the efforts. He also highlighted that the achievement will pave the way for “Atmanirbhar Bharat” (Self-Reliance of India) in terms of critical military systems.

Moreover, according to a report, sources familiar with the matter say that the Autonomous Flying Wing Technology Demonstrator is merely a predecessor of an autonomous stealthy UCAV, which is currently being developed by the DRDO’s Aeronautical Development Establishment (ADE). This will be primarily used for the Indian Air Force. Furthermore, a deck-launchable model that can be deployed in the Indian Navy is also reportedly in the pipeline.