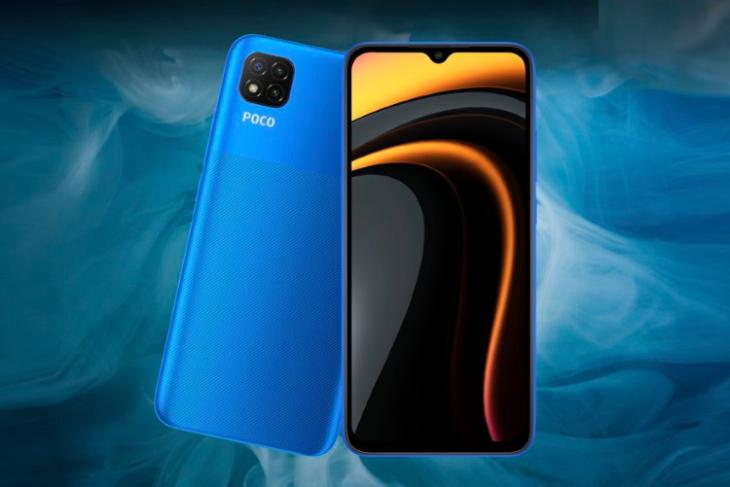 Poco may have started out with a flagship killer but the company has spread its roots into the budget segment with its comeback earlier this year. The latest addition to the company’s portfolio comes in the form of Poco C3, an entry-level smartphone. And as we have come to expect, it is a rebranded version of the Redmi 9C global variant. It is also Poco’s first smartphone in the sub-Rs. 10,000 price segment.

Poco C3 has arrived with a two-tone polycarbonate back panel, which looks similar to the Poco M2 Pro. It includes a square camera cutout and a fingerprint sensor on the rear. You have a triple camera setup, featuring a 13MP primary camera, 2MP macro camera, and a 2MP depth sensor, in the square cutout.

Turning to the front, Poco C3 features a 6.53-inch HD+ LCD display with a 20:9 aspect ratio and 1600 x 720-pixels resolution. It does not boast a higher refresh rate like the Realme 7i, which launches in India tomorrow. You have a waterdrop notch with a 5MP selfie sensor present at the top. 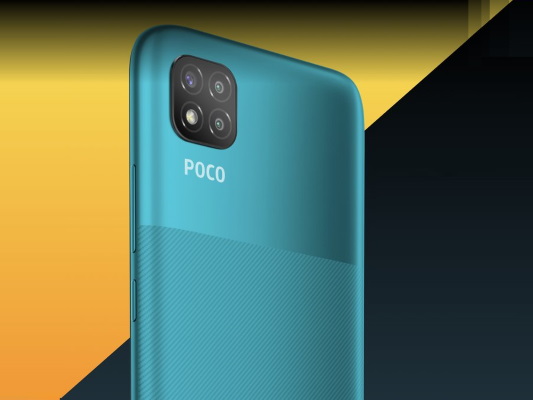 The smartphone is powered by the gaming-centric MediaTek Helio G35 chipset. You will find up to 4GB of RAM and up to 128GB of built-in storage (expandable up to 512GB via the dedicated microSD card slot). There’s also a 5,000mAh battery pack with 10W (5V/ 2A) fast-charging support via the microUSB port. Poco C3 runs MIUI 12 for Poco, based on Android 10, which means it is ad-free and will make the users happy.

Also, if you hadn’t already noticed, Poco C3 is really similar to Redmi 9 that launched in India earlier in August. The only difference between the two phones is the lack of a 2MP macro camera aboard the Redmi 9.

Poco X3 will go on sale starting from 16th October, exclusively on Flipkart in India. So, does this sound like a better deal than Redmi 9 and the Realme C-series? Let us know your thoughts in the comments below.