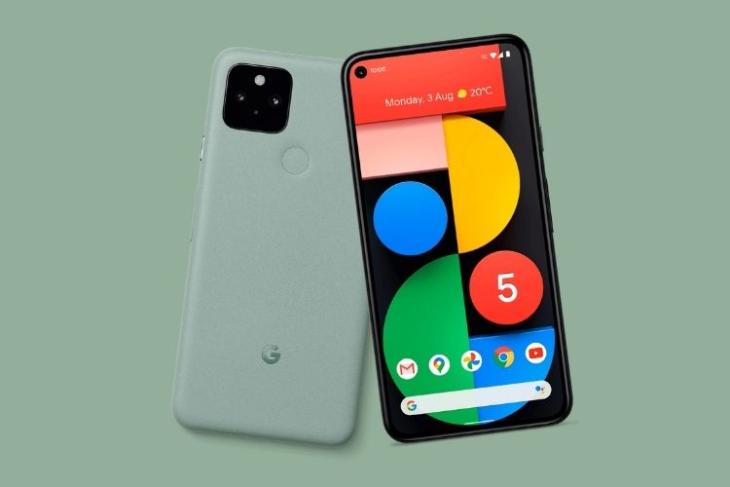 Google is set to take the wraps off its first 5G flagship, the Pixel 5, in a couple of days. It will also introduce the Pixel 4a 5G, Nest Audio, and a new Chromecast along with other new things at the ‘Launch Night In’ event on 30th September. The social media folks at Google Japan have, however, jumped the gun and revealed the official price of the Pixel 5 over the weekend.

The now-deleted tweet not only showed off the Pixel 5 design, which has already leaked numerous times online, but also the official local price of the device. It was first spotted by Max J. (via 9to5Google) and seems to be an accidental upload as the tweet included a link to the official Pixel 5 product page, which wasn’t live yet. 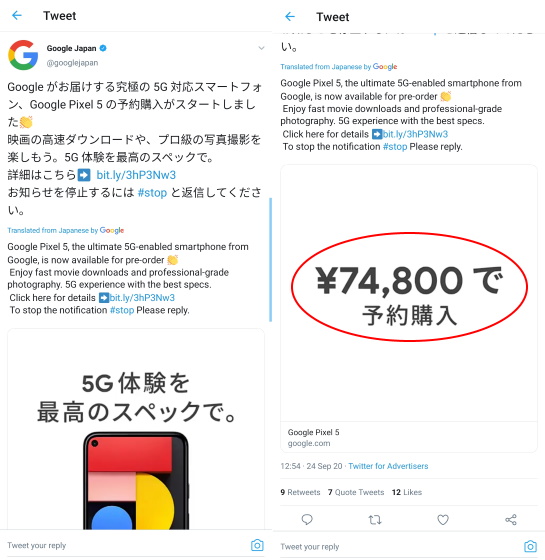 As you can see in the tweet above, Google refers to Pixel 5 as an ‘ultimate 5G-enabled smartphone’ – 5G experience with the best specs. The company further touts that the USP of its newest 5G flagship – “Enjoy fast movie downloads and professional-grade camera.” The one detail that should, however, catch your eye is that the Pixel 5 will go up for pre-order on the same day as the launch event. It’s rumored to go on sale starting from 15th October in select regions.

If you did not already know, the Pixel 4a 5G and Pixel 5 will not be launched in India. It is only the standard Pixel 4a, powered by the Snapdragon 730G, that will be up for sale in the country next month. We do not know the retail price or launch date for the same just yet.