Skip to content
Home News Google Pixel 4a 5G to Arrive with Same Chipset, Plastic Build as Compared to Pixel 5 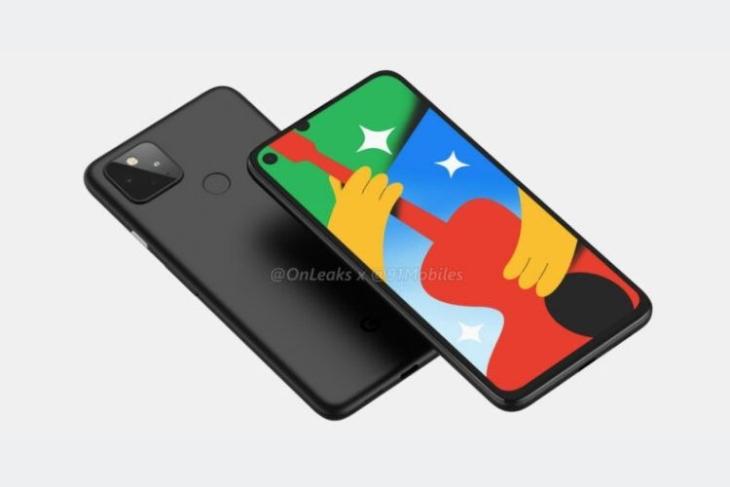 The complete specs sheet for the upcoming Google Pixel 5 flagship leaked online just yesterday. The folks at WinFuture.de are not done though and have today shared the details for Pixel 4a 5G. The report may not include any new renders (the phones look the same) but we now know its entire specs sheet and how it compares to the Pixel 5.

Though the Pixel 5 and Pixel 4a 5G look exactly the same, the report reveals there’s a major difference in the build of both devices. Pixel 5 will feature a recycled aluminum housing whereas the Pixel 4a 5G will boast a polycarbonate unibody build. It will also be heavier (168g vs 151g) and bigger in size than the flagship.

Pixel 4a 5G will include a slightly bigger 6.2-inch Full-HD+ OLED display with a 2340 x 1080 resolution. The panel has a standard 60Hz refresh rate (the same as the Pixel 4a) as compared to the 90Hz high refresh rate of the Pixel 5. Both the upcoming phones will, however, behave the same 5G-enabled Snapdragon 765G SoC under the hood. The only major difference here is the presence of 6GB RAM (8GB aboard the Pixel 5) and 128GB built-in storage.

Another area where these two phones differ is the IP rating. Pixel 5 will be IP68-rated while the Pixel 4a 5G will have no IP rating. It’s also said to house a smaller 3,885mAh battery pack with 18W fast-charging as compared to the Pixel 5’s rumored 4,080mAh battery size.

The highlight of the Pixel phones is, however, the camera and Google has decided to offer the same dual-camera setup aboard both of its 5G phones. Pixel 4a 5G will sport a 12.2MP primary camera and a 16MP ultra-wide camera on the rear – the same as the Pixel 5. You will also find an 8MP selfie sensor in the punch-hole cut-out at the top left.

So yeah, you can say that Pixel 4a 5G will be a slimmed-down variant of the Pixel 5 from Google. It will start at $499 (Rs. 36,900) in the US. There’s basically nothing left to know about this mid-range 5G phone at the September 30th launch event.