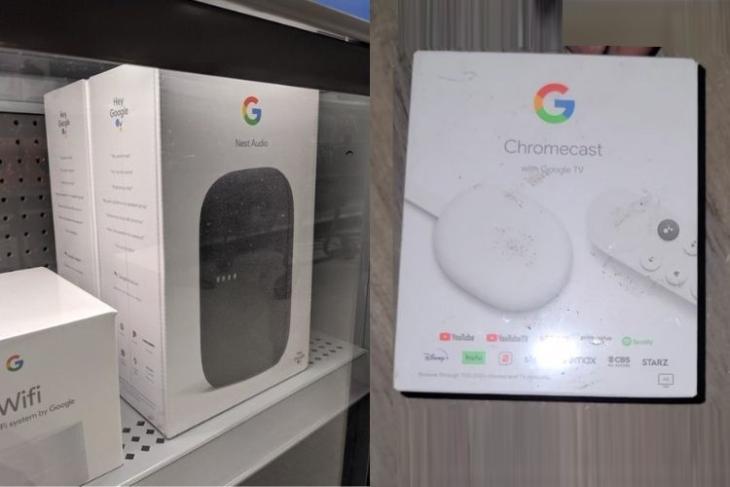 Alongside the Pixel 5 and Pixel 4a 5G, Google is also expected to take the wraps off its new Nest Audio speaker and an Android TV dongle, dubbed Chromecase with Google TV, next week. The official renders for both of these products have already shown up online and now, their retail packaging has leaked as well.

First up, the unreleased Nest Audio speaker was spotted at Walmart by a Twitter user. They shared a couple of pictures of the speaker in Charcoal, but didn’t catch the price details as the same were not mentioned at the store shelf. The packaging is similar to what we’ve seen for Google’s smart home products for quite some time now. 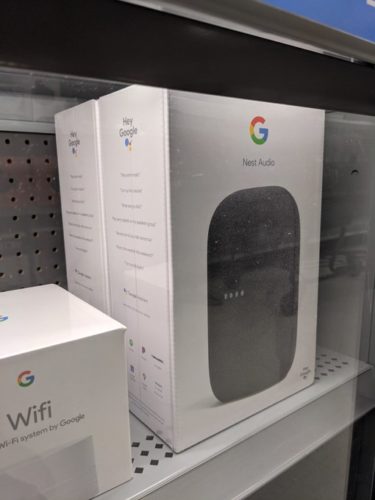 The packaging corroborates the Nest Audio branding for the speaker, which is said to be a Google Home successor. Popular tipster Roland Quandt shared additional details (via a Lowes product listing, which is still live) for the speaker. It measures 6.89 x 4.88 x 3.07-inch, is made out of recycled materials, and supports Google’s ‘Smart Sound’ tech that enables it to adjust the output based on its surroundings.

And while the Twitter user may have missed the price, Lowes reveals that Nest Audio will be priced at $99.99 (~Rs. 7,400) in the US. The listing also includes additional renders for the smart speaker, which you can see attached below.

If you look closely at the image attached above, you will see that Google TV will arrive with a new logo. The new dongle will enable you to stream up to 4K HDR content and launch with a new Google Chromecast Voice Remote. It is rumored to be priced at $49.99 (~Rs. 3,700) in the US.

Google’s launch event seems to have yet again been spoilt, thanks to retailers who are too eager to display its newest offerings. We know almost everything about all of the devices being unveiled on 30th September next week.