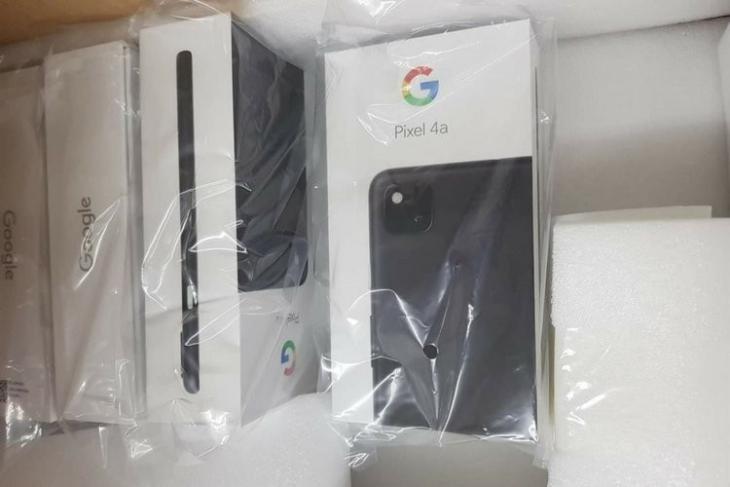 The Pixel 4a leaks are back again. This time, a retail box of the alleged Pixel 4a was posted on the Pixel Community group on Facebook and reshared on Twitter by TechDroider. The image on the retail box complies with all the leaked designs we have seen so far.

Although the device is rumored to come with a physical fingerprint scanner, it is not clearly visible on the retail box image, which could be because of the cover present on the box.

According to leaks and speculations we’ve seen about Google’s upcoming mid-ranger Pixel 4a so far, the device will sport a 5.81-inch Full HD+ display with 2340 x 1080 pixel resolution and 60Hz refresh rate.

We expect a Snapdragon 730 chipset with 6GB of RAM and 64GB of internal storage. The handset is tipped to come with a 3080 mAh battery that charges through a USB-C port. Moreover, it is said to retain the headphone jack.

Google has entirely canceled its Google I/O 2020 conference due to the coronavirus pandemic. The company was expected to announce the Pixel 4a at the event. With this new retail box image leak, we could expect an imminent launch of the device.

Whenever Google gets ready to launch the Pixel 4a, we could expect the company to take Apple’s approach and make a silent announcement on its blog. Just like its predecessor Pixel 3a, the Pixel 4a is also expected to be well-received by Pixel enthusiasts and people who want Google’s exceptional computational photography goodness at a more affordable price point.

Google Cancels I/0 2020 Entirely Due to Coronavirus