Google’s latest flagship smartphones aren’t really proving to be the masterpiece blend of technology, hardware and design that I was expecting them to be. After using the original Pixel last year, I was convinced that Google was heading in a great direction with its phones (the boring industrial design aside).

This time, while Google fixed most of my design concerns with the Pixel 2, the company seems to have dropped the ball on multiple occasions when it comes to software on the device.

Yes, I’m talking about the plethora of bugs that have plagued the smartphone ever since it was first launched. The phone has had a grainy display, washed out colours, weird clicking sounds, and a lot of other issues over the last few months, and Big G has been ‘fixing’ them one after the other.

So imagine my frustration when one of my colleagues, Sharun, spotted yet another bug with his Pixel 2.

Turns out, if you have ‘Show taps’ enabled in Developer Options on your Pixel 2 smartphone, anytime you place your fingers on your phone screen when the screen is on, and then lock the phone, the always on display shows the registered locations of the taps on the screen as well. Something like this: 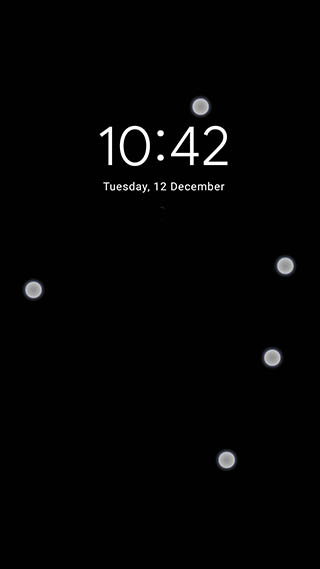 True, most people probably don’t enable ‘Show taps’ on their phones (I only know Sharun to be doing that) so this bug will probably not even be noticed by most people. That, however, doesn’t mean that it’s not a bug, and it certainly is annoying.

We’ve reached out to Google for a statement on this and we’ll update this article if we hear from them.

As of now, if you’re one of the few people who enable ‘Show taps’ on their phones, try to keep it off until Google fixes this issue. As with most things Google, I’m assuming the company will push out a fix for this in the near future, so stay tuned.