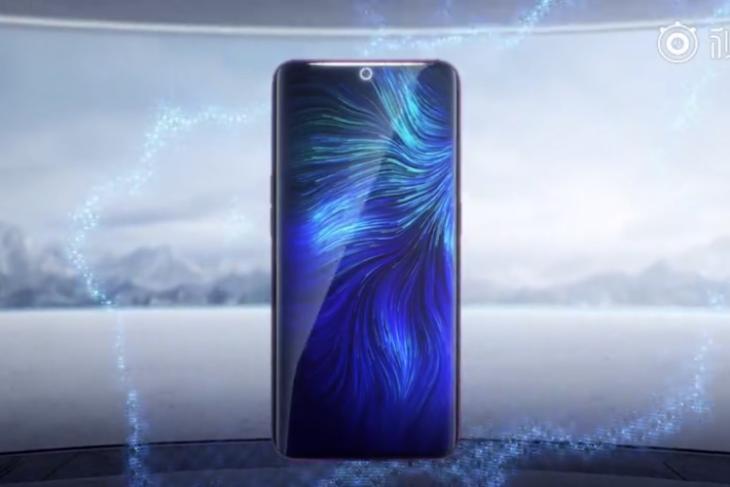 Oppo is scheduled to show off the world’s first-ever smartphone with an under-display selfie camera at MWC Shanghai 2019 in a couple of days. Oppo has been teasing this technology for a couple of weeks now, however, it’s for the first time today that it has shown us what its upcoming prototype will look like.

Oppo took to its official Weibo channel today to share a teaser video for its under-display camera prototype. It’s a short 15-second video that cycles from Oppo’s older-gen phones featuring massive bezels, a rotating camera (the Oppo N3), a notch, pop-up camera, and more. Finally, the teaser promo ends with a reveal of the upcoming prototype and it looks just awesome.

If you’ve been following recent development, well, Oppo previously shared a video that shows off its under-screen selfie camera. You can’t see the selfie camera at any point in that video, except when the circular ring around it lights upon opening the camera app. Else, the pixels on top of the selfie camera work like any other display.

With only a couple of days to go until the unveiling of this prototype, it would be pretty interesting to see how Oppo achieved this feat. It is also where we will learn when the Chinese giant plans to release a commercially available phone with their under-screen camera. So, stay tuned for more updates from MWC Shanghai 2019 later this week.