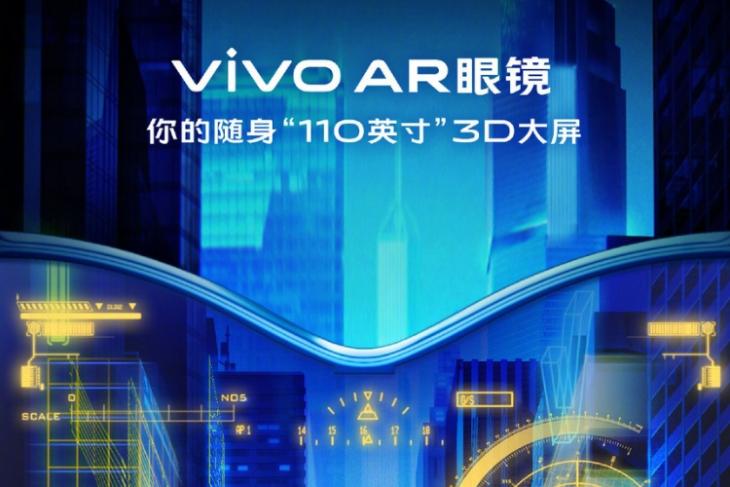 MWC Shanghai 2019 is certainly going to be an exciting event. Oppo is showing off the world’s first smartphone with an under-display selfie camera. And well, Vivo is going to attend the conference on June 26 with a boatload of innovation in tow.

We already know Vivo will show off its 120W Super FlashCharge tech, but that’s not all. Vivo today again took to Weibo to reveal that it will also unveil its first AR glasses at MWC Shanghai event. Yeah, we will bear witness the launch of Vivo AR (augmented reality) glasses – the latest innovation to come from one of the most innovative phone makers right now.

Vivo hasn’t revealed much of anything about its AR glasses, except for that they will offer users a large screen with a 110-inch viewing experience in 3D. You can check out the teaser poster, which seems akin to the sci-fi fiction novel Ready Player One, for these AR glasses right here:

The poster doesn’t give away any hints for the hardware or software features that Vivo could be looking to offer via its AR glasses. Apart from the AR glasses, which sound intriguing, Vivo will finally unveil its first commercially available 5G smartphone (which is an upgrade over the Apex 2019 prototype, which was 5G compatible) at this event.

Rumors of several technology giants, including Apple, working on AR and mixed reality headsets are known to make rounds of the internet every so often. However, it’s only Microsoft’s HoloLens and Google Glass who have managed to find a niche for their AR headgear. They’re the only ones who seem to have gained acceptance in the industry.

So, it would be interesting to see what Vivo has in store that will make its AR glasses appealing and acceptable by the masses. What are your opinions on the same? Tell us down in the comments section.