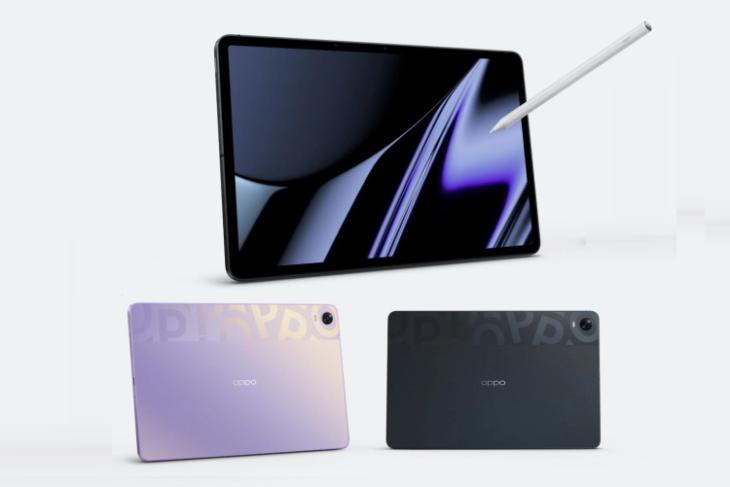 Alongside the Oppo Find X5 series, the Chinese company has also taken the wraps off its first-ever tablet. Aptly dubbed the Oppo Pad, the company’s first tablet comes with a high-res 120Hz display, a flagship Snapdragon chipset, dual cameras, and a software experience optimized for large screens. Here’s everything you need to know about the Oppo Pad.

Starting with the design, the Oppo Pad looks like a premium version of the Realme Pad, which was launched in India last year. It includes a large 11-inch QHD+ IPS LCD display with a 120Hz refresh rate on the front. The panel has slim 7mm bezels all around, boasts a 2560 x 1600-pixel resolution, HDR10 and 10-bit color support, and more.

You also get Oppo Pencil support, with the stylus supporting 4096 pressure points, paper-like smooth gliding, magnetic charging (much like the Apple iPad), and other cool features. The company also showed off a keyboard case, which supports shortcuts and quick screenshot features. The Oppo Pencil is priced at CNY 499 (~Rs 6,000) and the keyboard case is priced at CNY 399 (~Rs 4,800).

Turning our attention to the rear, the company has gone for a slightly flamboyant look. The Oppo Pad has an AG matte back panel with a dual-tone design, where a strip of text saying “Oppo” runs along the left side. You also have a single 13MP rear camera housed in this text strip, with the front hosting an 8MP camera for selfies and video calls. The tablet comes in at just 6.99mm in thickness and weighs around 500 grams.

Under the hood, as confirmed earlier, the Oppo Pad is powered by the Snapdragon 870 SoC, a flagship chipset announced by Qualcomm earlier last year. It’s a minor upgrade over the Snapdragon 865 and sits under last year’s Snapdragon 888 chipset. This is paired with up to 8GB of RAM and up to 256GB of internal storage (no expandable storage support).

Moreover, the tablet comes equipped with a massive 8,360mAh battery with support for 33W SuperVOOC fast-charging. Oppo says you will get up to 16 hours of continuous video playback. As for the connectivity options, Oppo Pad supports Wi-Fi 6 2×2 MIMO, Bluetooth 5.1, and a USB Type-C port.

Talking about the software, Oppo’s tablet runs ColorOS for Pad out-of-the-box. It supports improved multitasking, allows you to drag and drop files across apps, and open apps in pop-up windows. The Oppo Pad also comes with Dolby Atmos-supported quad speakers.

Also launched alongside the company’s flagship phones and first-ever tablet is the Oppo Enco X2 earbuds. The highlight of these earbuds is the dual-driver design, which is uncommon in the TWS earbuds market. Enco X2 includes a four-magnet planar tweeter along with an 11mm dynamic driver. This, Oppo says, enables the earbuds to have a frequency response from 20Hz to 40kHz.

There is currently no word on whether the company plans to launch the Oppo Pad globally or whether it will arrive in India or not. It will compete against the Xiaomi Pad 5 series with a similar chipset and feature set in its home market. If you wanna check out other tablets on sale in India right now, check our curated list of the best tablets to buy in the country right now.