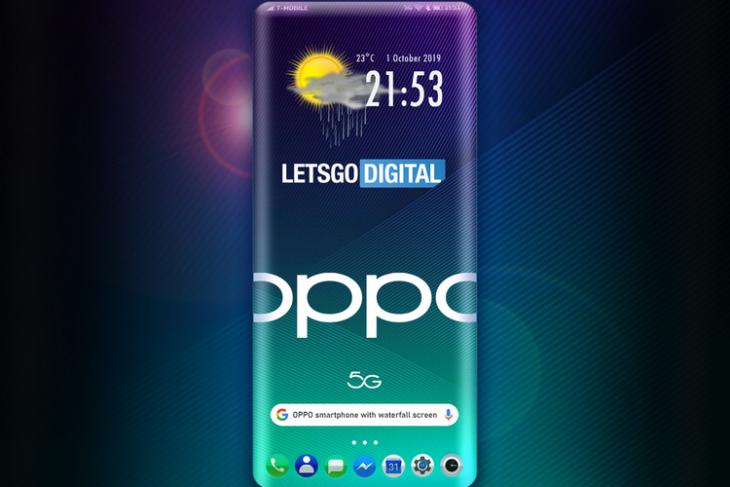 Oppo is apparently working on cutting-edge technology that will allow it to design smartphones with ‘wrap-around’ displays curved on all four sides instead of just of just two. Believed to have been first spotted by Dutch tech blog, Let’s Go Digital, the patent filed with the United States Patent and Trademark Office (USPTO) also reveals that the company has come up with under-display sensors for ambient light and infrared light to get rid of the unseemly notches required to house them.

The documents reveal that Oppo’s new technology will enable it to place all front-facing sensors in smartphones under the screen in the same was as under-display fingerprint scanners which have already become mainstream in Android smartphones. According to the blog, the technology would work with both Micro LED and OLED panels, which means devices with such striking designs might be available at different price points in the coming years.

It’s worth noting, though that while a smartphone with four curved sides is revolutionary, Oppo isn’t the first company to have come up with such a design. Xiaomi patented a similar device with four curved edges back in February, which means we can expect some cool new designs from at least some of the Chinese smartphone majors in the coming years.

While under-display fingerprint scanners have now become commonplace, Oppo earlier this year also demoed under-display cameras, although, the technology is not yet ready for prime-time. However, as technology improves with time and sound-emitting (bone conduction) panels become widespread, it won’t be a massive surprise if true, all-screen smartphones become the norm in the coming years.