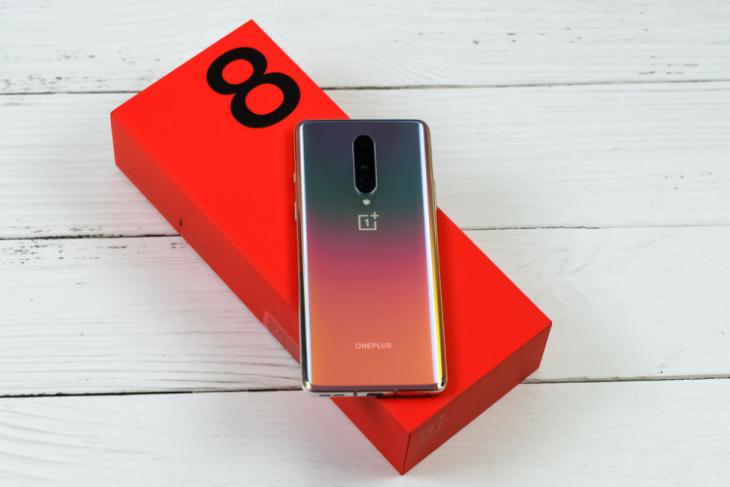 OnePlus is apparently working on its 65W Super Warp Charge technology. Strings mentioning the new tech were reportedly spotted in the latest version of the company’s Engineering Mode app. According to XDA, the strings are present within the aforementioned app in the latest OxygenOS builds for the OnePlus 8 and 8 Pro, based on Android 11 beta. The report is based on a tweet by one Lavin Amarnani, but the post seems to have since been deleted.

The report further suggests that the 65W Super Warp Charge will likely be rated at 10V/6.5A. It might also be based on Oppo’s 65W SuperVOOC 2.0, which is also the basis for Realme’s 65W SuperDart charging. Meanwhile, there are legitimate concerns that such fast charging may deteriorate the quality of batteries greatly. So it will be interesting to see how OnePlus avoids that problem.

There’s no immediate word on when OnePlus might introduce the new tech in a commercial device. It might be incorporated into the OnePlus 8T-series that’s expected to be launched later this year. That would certainly enable the company to differentiate its next-gen lineup from the existing OnePlus 8-series. However, some online speculations suggest that the company could also launch a limited edition OnePlus 8 Pro model with its latest fast-charging technology.

Either way, the Engineering Mode app in the latest Android 10- and Android 11-based OxygenOS builds also seemed to have revealed something else. Apparently, strings included in the app suggested that OnePlus 8 might also be available in an ‘Icy Blue’ color. The phone is currently only available in ‘Onyx Black’, ‘Glacial Green’ and ‘Interstellar Glow’ options.