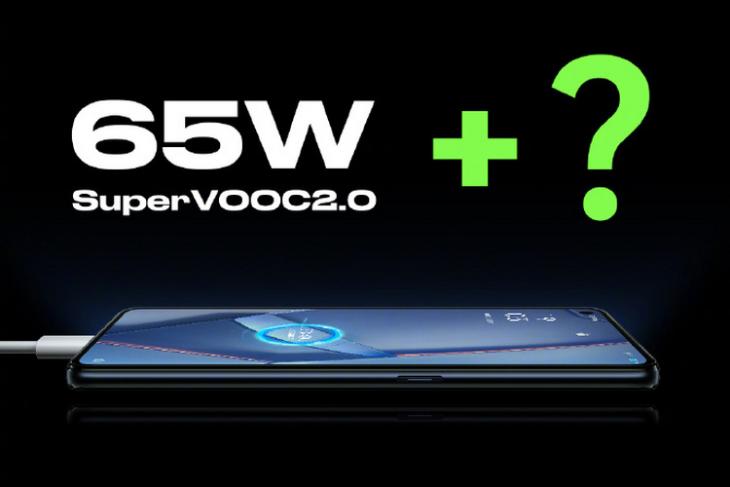 With the launch event for Oppo’s first device in its new Ace series – the Oppo Ace 2 set to be held on Monday, the Chinese smartphone giant has now confirmed that the handset will come with support for 65W SuperVOOC 2.0 wired fast charging technology.

The confirmation comes from a new teaser posted by the company on Weibo. In the image, the company teases 65W fast charging support and another fast charging feature, which is apparently 40W AirVOOC Wireless charging as per rumors.

In case you missed it, Oppo’s 40W AirVOOC Wireless Charger was recently spotted on Wireless Power Consortium. We could expect the company to launch the wireless charger alongside Oppo Ace 2.

Oppo is also expected to launch the Oppo Enco W31 earbuds in China. It was previously launched in India at a price of Rs. 4,499 last month alongside Oppo Enco Free earbuds.

As far as the cameras are concerned, the device is rumored to have 48MP + 8MP + 2MP + 2MP circular quad rear cameras, and a 16MP front camera for selfies. The battery of Ace 2 is tipped to have 4,000 mAh capacity with support for 65W SuperVOOC 2.0 wired fast charging and 40W AirVOOC wireless charging. The device will run on Android 10 with ColorOS 7 on top.

With features like 65W wired and 40W wireless charging, the Oppo Ace 2 sounds more exciting than the non-Pro OnePlus 8 that will be launched a day after on April 14, at least on paper especially after knowing the rumored prices. However, we’ll have to hold our judgment until we know the official prices of these devices next week.