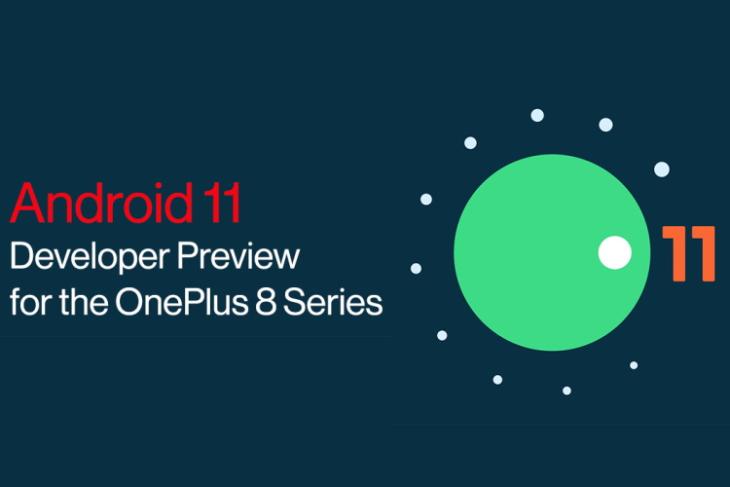 OnePlus is wasting no time and is now allowing OnePlus 8 and 8 Pro users to try out the latest Android 11 Beta 1, which was released just yesterday. OnePlus 8 series joins the ranks of Google Pixel phones as one of the first to let its users try out new Android features. The build is available right now via OnePlus Forums as part of its Developer Preview program.

Since this is the first-ever public release Android 11 build of OxygenOS, it has a handful of bugs. Do note that the beta version is not intended for the general user. Below is the list of known bugs:

Also, there exists a risk of bricking your phone (rendering it useless) if you’re not used to flashing experimental builds. More importantly, it is worth noting that the build is not compatible with T-Mobile and Verizon variants of OnePlus 8 and 8 Pro.

The installation process is similar to how you usually do with OxygenOS beta builds – local upgrade. Before you proceed further, make sure you have at least 30 percent of battery and 3GB of free storage.

If you have OnePlus 8 or OnePlus 8 Pro, download the suitable zip file to your phone, go to Settings -> System -> System Updates -> Local upgrade. Do not forget to backup your data before proceeding with the upgrade as it erases all the contents.

If you’re one of the developers interested to check app compatibility with OxygenOS based on Android 11, head to the forum below for download links.