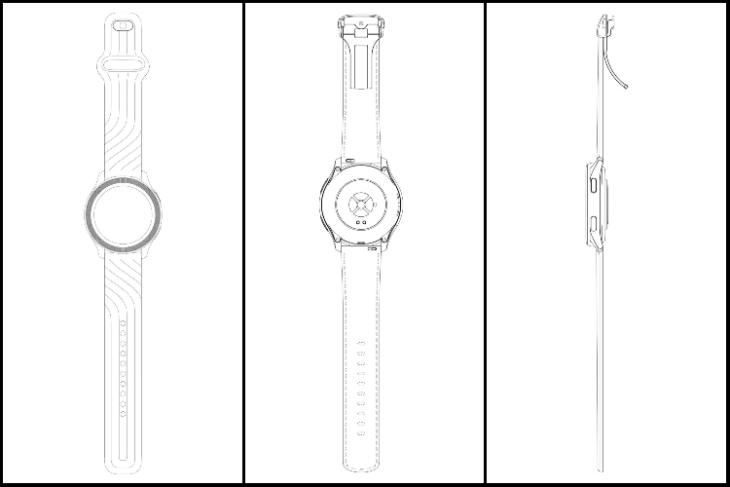 While its former CEO is raising money for his new startup, OnePlus is aiming to get into the smart wearable business with the launch of its long-rumored smartwatch this year. The Chinese giant has already launched its fitness-focused OnePlus Band. And now, according to recent reports, the company has filed a patent in Germany which revealed the possible design of the OnePlus Watch.

The patent, filed by the Chinese giant in the German Patent and Trademark Office (GPTO) shows a few pictures of a smartwatch. Although the company has not officially revealed anything about the device, as of now, the patent essentially revealed what the OnePlus Watch might look like.

Now, the smartwatch, shown in the patent, features a round dial with two kinds of strap-designs. In the sketches, we can see the first one seems to have a sporty strap design. Reports suggest that this could be the “Sport Edition” of the OnePlus Watch. On the other hand, the second one is seen to rock a plain strap with a possible clip at one end, although the purpose of it is still unknown.

Apart from the strap design, both the models feature a similar round dial with two physical buttons, possibly for UI navigation. At the back, there are markers for necessary sensors and two magnetic connectors that will be used to magnetically charge the devices.

Moreover, as per earlier leaks, OnePlus is aiming to launch two smartwatch models with model numbers W501GB and W301GB. The device with model number W501GB will be reportedly launched as the round-shaped “OnePlus Watch RX”, much like the “Oppo Watch RX” now that the two companies have joined hands. While, on the flip side, the latter model will reportedly feature a square dial.

Coming to the software of the device, OnePlus is speculated to provide an in-house OS solution for its smartwatch devices. So, this means that the company might not rely on Google’s WearOS for the OnePlus Watch lineup.