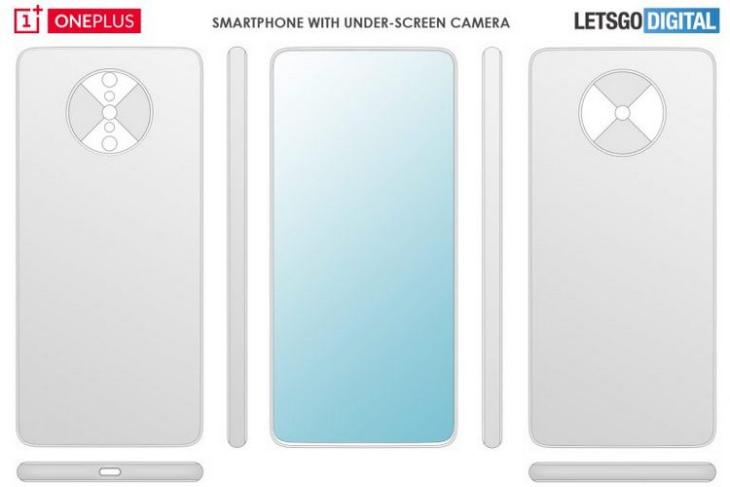 Under-display cameras are expected to be the next big thing in smartphone design. While the technology itself is not yet ready for primetime, most phone makers, including the likes of Xiaomi, Samsung, and Oppo, are working hard to incorporate it into consumer hardware. OnePlus is the latest brand to join the bandwagon, with the company this week receiving a patent from the Chinese IP agency for a technology that hides the front-facing camera in a smartphone when not in use.

Filed last May, the patent was approved on 4th February and included in the WIPO Global Design Database. While the ‘hidden-camera’ implementation seems to be similar to what the company showed-off with its Concept One smartphone at the CES tech show in Vegas last month, it will be interesting to see if it will include the same Electromagnetic Glass that enables the disappearing camera trick. Either way, the new technology, once ready to hit mainstream smartphones, should pave the way for real full-screen displays without unseemly notches or punch-holes.

The designs also seem to indicate that the rear camera module might come with a plastic flap that can cover the lenses when not in use. The mechanical design, however, may not be to everyone’s taste, which is one of the reasons why most vendors seem to be moving away from the pop-up selfie-camera designs this year.

While design-wise, the under-display camera makes for a solid case, the image quality from such arrangements leaves a lot to be desired, which is why it might take some more time before the technology is used in consumer devices. As for the OnePlus patent, there’s not a whole lot more known about it, but let’s hope that the company is able to find a way to use the technology without sacrificing image quality.