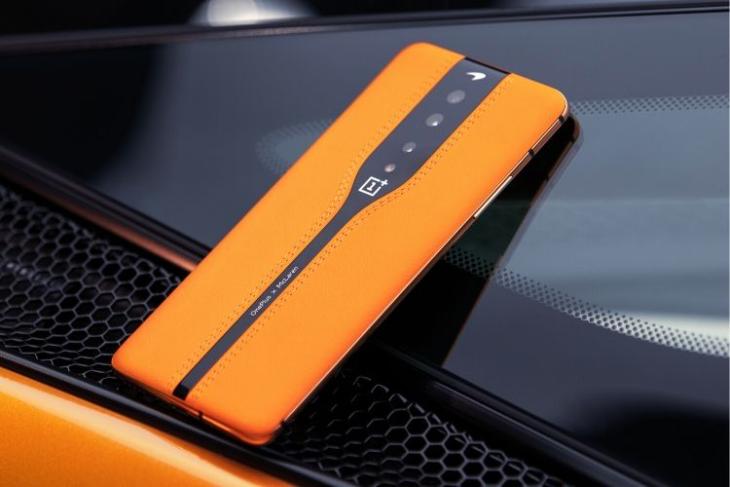 OnePlus is renowned in the tech community for its speedy and reliable flagships. But, the company has recently been taking some risks to refine and revamp its portfolio – adding a second flagship to its launch cycle being one of them. The Chinese giant has made its way to the Consumer Electronics Show (CES) for the first time this year – that too with its first-ever concept phone in tow.

Simply dubbed the OnePlus Concept One, this is the world’s first smartphone to feature color-shifting glass tech (electrochromic glass tech). This means the camera glass can change transparency, that too within a mere 0.7 seconds, and appear invisible when you are not using it – to give the smartphone a cleaner look.

OnePlus has collaborated with its long-time partner McLaren to not only develop its new color-shifting glass (which has been inspired by the sunroof on the latter’s 720S Spider luxury sports car) but also design the Concept One smartphone. It’s one of the reasons that the device highlights the carmaker’s signature papaya orange color and it looks like the perfect eye-candy.

Talking about the color-shifting glass technology, which is the key standout feature of the OnePlus Concept One, it uses organic particles to create changes in transparency so that
the glass covering the camera lenses can shift colors almost instantly, going from opaque black to clear.

This is what OnePlus calls the ‘invisible’ design and you can certainly refer to this cool new camera technology as the disappearing camera. It could soon become a party trick for OnePlus users. I won’t get into the technical aspect of this technology but if you are a photographer, your ears will perk up when you hear that the camera glass could also be semi-transparent.

Commenting on the unveiling of the Concept One, OnePlus co-founder and CEO Pete Lau stated, “The invisible camera stands as a new form of camera design, one that spares the user from the compromises of current camera layouts. The rear camera lenses are hidden by the dynamic electrochromic glass and only become visible when the camera is in use. This optimal solution is what OnePlus calls Electronic CMF – a new approach in industrial design.”

Apart from the color-shifting glass and completely flush design of the rear cameras, there’s not much new in terms of innovation aboard the OnePlus Concept One phone. The concept phone features a leather finish along the back, which you might have already guessed, and a Quad-HD+ AMOLED display with a 90Hz refresh rate – same as the OnePlus 7T Pro. 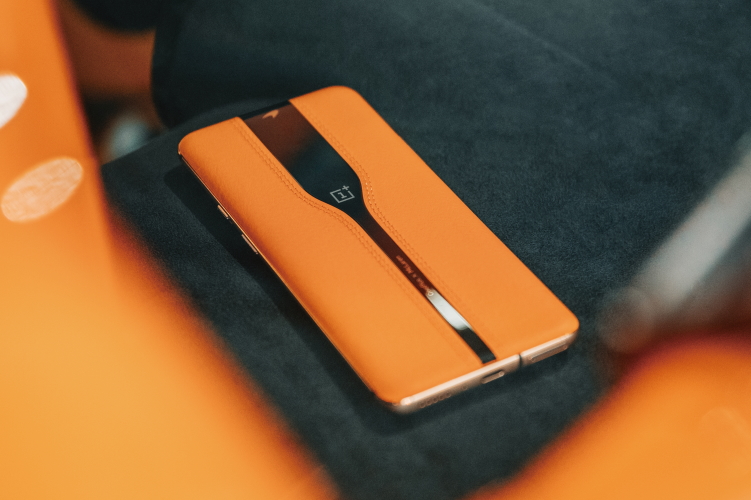 It would now be interesting to see whether the OnePlus Concept One remains a prototype or the company decides to manufacture a limited quantity for sale to the masses. We also expect this glass-shifting camera tech to find its way into future OnePlus phones (though the company decided to stay mum on the details), possibly the OnePlus 8 lineup that will arrive in a couple of months.