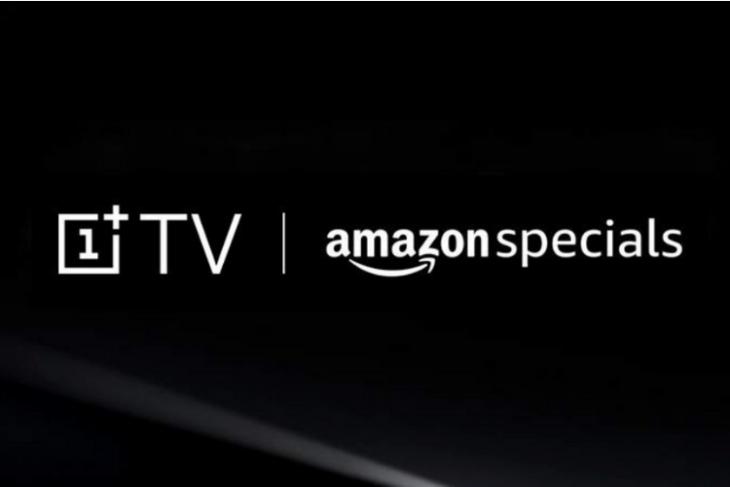 OnePlus continues to reveal more details for its upcoming OnePlus TV. The latest tidbit from the Chinese company is that it has created a custom image processor called the “Gamma Color Magic processor” for its smart TVs. CEO Pete Lau’s tweet (attached below) says that it will enable them to provide the best-in-class image quality with the widest color gamut using this processor.

I am proud to share news about the dedicated picture processor for the #OnePlusTV. We built the Gamma Color Magic processor to bring you best-in-class image quality on our customized #QLED TV panel with widest color gamut. Can't wait for you to experience it! pic.twitter.com/DlQS8Y8jhn

OnePlus TV is scheduled to launch later in September, possibly alongwith the OnePlus 7T lineup with the new square camera bump. Now, the Amazon India listing for OnePlus TV has gone live today and it reveals a number of key features for the smart TV. This listing also offers a ‘Notify Me’ button that you can hit to subscribe to receive updates about the OnePlus TV.

First, the Amazon listing confirms that the OnePlus TV features a 55-inch QLED panel with 4K resolution. This means it uses “quantum dots” embedded into its LCD panel for better viewing experience than a standard LED panel. OnePlus TV will also support Dolby Vision to offer ‘extraordinary color, contrast, and brightness’ on the screen, according to the Amazon listing.

OnePlus TV has today been confirmed to bring along eight speakers, offering you 50 watts output with punchy bass to further elevate your viewing experience. It is a new feature that has been confirmed via the Amazon listing today, which also says these 8 speakers will be backed by Dolby Atmos support.

As per the rumor mill, OnePlus TV will be powered by the MediaTek MT5670 SoC, which comes with a quad-core Cortex-A53 CPU clocked at 1.5 GHz and a Mali G51 GPU clocked at 700MHz. This smart TV has been confirmed to be powered by a new skinned version of Android TV, with support for at least 3 years of updates.

OnePlus has already confirmed that it’s looking to emulate the same snappy and smooth experience it offers on its flagship phones on its first-ever OnePlus TV as well. That’s one reason the company adopted Android TV, which will enable them to offer additional new features accessible via OnePlus phones.

Also, OnePlus CEO Pete Lau has shared that you shouldn’t expect the OnePlus TV to compete with players like Mi TV and Vu. Instead, it plans to take on premium brands such as Samsung and Sony with a smart TV offering comparable or better than theirs. So, stay tuned for more updates.