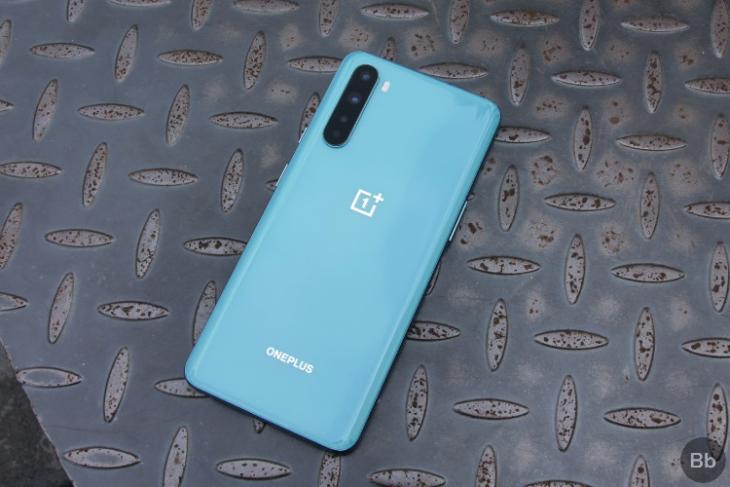 OnePlus’ first brush with the mid-range market may not have gone as planned. But, it seems like its second inning is off to a great start. If you don’t know what we’re talking about, OnePlus Nord is the company’s second attempt at making mid-range phones. It launched a couple-odd months ago and has garnered immense praise. And reports now suggest that it has become the best-selling mid-range smartphone in India.

As per a recent Counterpoint report, the smartphone market showed signs of recovery in Q3 2020. Over 53 million units were shipped in this quarter, amounting to a 9% jump in shipments year-over-year. The anti-China sentiment fueled the growth of Samsung over this quarter. It managed to Trump Xiaomi, Vivo, Realme, and others to grab the top spot.

I know, you don’t see OnePlus in the list below nor does it appear to be the top brand in the premium segment. But, Counterpoint states that the upper mid-tier (INR 20,000 – INR 30,000) was dominated by the OnePlus Nord in Q3 2020. It became the best-selling smartphone of this quarter in this price segment, which will serve as a huge confidence booster for the company.

The report further mentions that “the mid-tier (INR 10,000 – INR 20,000) segment registered the highest growth and reached its highest ever share in a quarter.” This immense popularity also saw OnePlus ship over 10 lakh units in this quarter, driven largely by the OnePlus Nord, as per another report.

OnePlus seems to be happy with the success of its budget-centric sub-brand, Nord. It recently added two new smartphones to the Nord lineup, the Nord N10 5G and N100, in Europe. There is currently no update on whether OnePlus plans to bring these two phones to India or not. We got a new Special Edition colorway for the original Nord called Gray Ash on the OnePlus 8T launch day.

The Chinese giant is shedding its premium and flagship image in search of profits. It has not only stepped foot into the budget smartphone space but also the smart TV segment. We have heard rumors of the OnePlus Watch also being in the works.