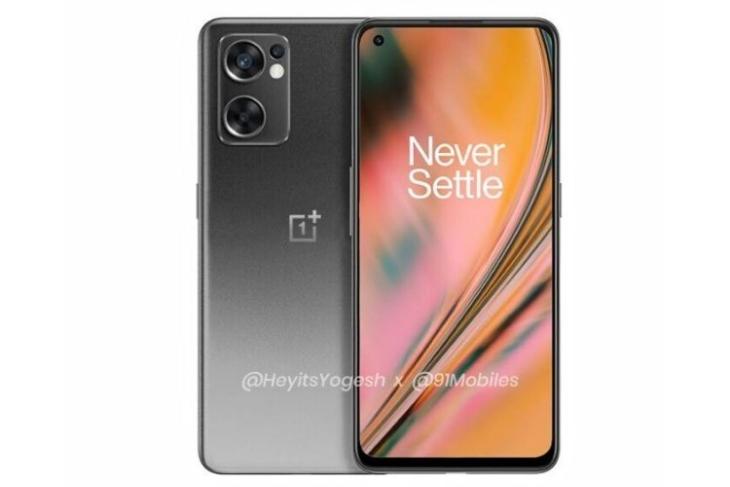 Earlier last week, we got details on the successor of the Nord CE 5G. It will allegedly be called the OnePlus Nord 2 CE and is expected to launch in India soon. In addition to the leaked specs, it was also reported that the smartphone was spotted on the BIS website with the codename “Ivan.” The latest information suggests that the Nord CE 2 has passed the BIS certification, thus, getting one step closer to its official launch in the country.

The recent tip comes from reputable tipster Mukul Sharma (aka Stufflistings), who recently took to Twitter to share the news. The tweet shows a OnePlus smartphone with the model number “IV2201,” which belongs to the OnePlus Nord 2 CE. However, the listing doesn’t reveal any details about the upcoming OnePlus Nord.

That said, we have a few leaked specifications and features of the rumored OnePlus Nord 2 CE. Plus, its renders were also leaked recently, giving us a look at its possible design. It is suggested that the OnePlus Nord 2 CE will sport a 6.4-inch AMOLED display with support for a 90Hz refresh rate. The device could be powered by a MediaTek Dimensity 900 chipset, paired with up to 12GB of RAM and up to 256GB of internal storage.

As for the cameras, the device is rumored to sport a triple-camera setup at the back. That includes a 64MP OmniVision main camera, an 8MP ultra-wide sensor, and a 2MP macro lens. The device might pack a 16MP selfie snapper.

Moreover, the OnePlus Nord 2 CE will likely be backed by a 4,500mAh battery with support for 65W fast charging. The device is expected to run Android 12-based OxygenOS 12 and could be priced somewhere between Rs 24,000 to Rs 28,000 in India. It is also expected to come with 5G support, a 3.5mm audio jack, an in-display fingerprint sensor, and a plastic body but might ditch the alert slider.

The leaked renders reveal that the smartphone will get a punch-hole screen and a vertically rear camera bump with two big camera housings. This is similar to the OnePlus Nord 2, except the camera housings are really big this time.

It is worth mentioning that the above information is not officially confirmed by OnePlus yet. So, we suggest you take it with a grain of salt and wait until the company officially announces the device in India. Nonetheless, we will keep you in the loop with further updates about the OnePlus Nord 2 CE.