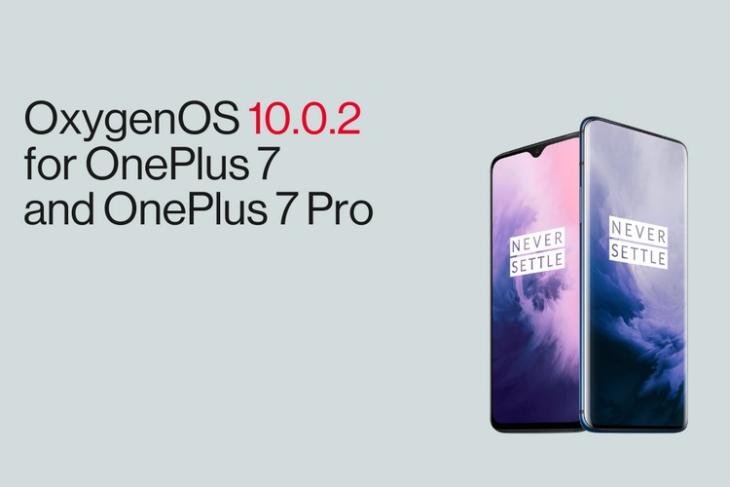 OnePlus has just started rolling out a new update to a couple of its 2019 smartphones. According to an official forum post from the company, the OnePlus 7 and 7 Pro have just started receiving the OxygenOS 10.0.2 update that brings the October 2019 Android Security patch, better power optimization when on standby, and an array of critical bug fixes. The incoming FOTA is more of an incremental update that doesn’t bring any new feature to either of the phones, although, the list of fixes and optimizations is pretty exhaustive.

Announcing the update rollout, OnePlus said that the update also brings along fixes for blank screen problems, fingerprint icon animations, volume issues with Apple AirPods, and the black bar issue while charging or playing a video. The list of optimizations include standby power consumption, the expanded screenshot feature, the Bluetooth connectivity in automobiles, the charging performance with third-party chargers, and the entire communication system, including network reception, phone calls and mobile data. The update is also said to improve the translation accuracy.

Last, but not the least, the update also optimizes the performance of the Super Stable feature in Video for the Camera app, although, that’s only applicable for the OnePlus 7 Pro, given that the standard OnePlus 7 doesn’t have that mode to begin with. As is the case with most updates, this one will also have a staged rollout, so it might take a few days to be available for everybody. Do note that the rollout is not region-based and is being randomly pushed out to a limited number of devices worldwide, so using a VPN to try and get it quicker won’t work.