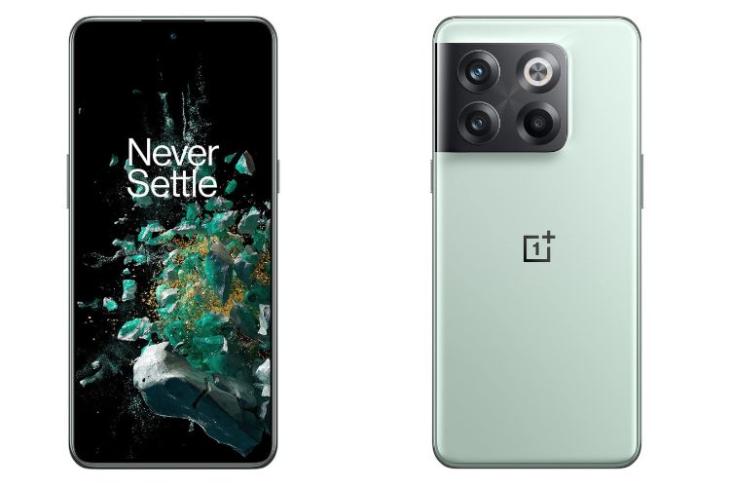 OnePlus 10T 5G is all set to make its entry on August 3 and ahead of this, we already know what it will look like, along with a few details on its spec sheet. To provide us with more information, its official renders, as well as specifications, have now been leaked. Here are the details to know.

The renders have been brought to us by tipster Ishan Agarwal (via PriceBaba) and reveal the OnePlus 10T in all its glory. The images show the OnePlu 10 Pro-like big camera rear hump sans the Hasselblad branding. There’s a center-placed punch-hole display.

What’s interesting is that the phone lacks antenna bands, which gives us an inkling that it will feature a plastic body, which can be disappointing for many given the device’s supposed premium price tag. To recall, the OnePlus 9 also came with a plastic build.

The leaked renders also confirm that the OnePlus 10T will lack an alert slider, which was recently confirmed by OnePlus. It was revealed that this is to add more components and could result in faster 150W charging speeds, also supported by the OnePlus 10R. The 10R also misses out on the alert slider.

As for the specs, it’s speculated that the 10T will come with a 6.7-inch Fluid AMOLED display with a 120Hz refresh rate, up to 12GB of RAM, 256GB of storage, a 4,800mAh battery with the rumored 150W fast charging tech, and Android 12. The presence of the Snapdragon 8+ Gen 1 and 50MP triple rear cameras has already been confirmed.

This information opposes the previous rumor that hinted at support for up to 16GB of RAM. There are chances that the OnePlus Ace Pro, which will be a rebranded OnePlus 10T in China, will come with the option. It will also launch on the same day!

As for the price, the OnePlus 10T 5G is expected to fall under Rs 50,000 but we need a confirmation on this and this shall be provided on August 3. This will be the company’s first in-person since 2019. Stay tuned to this space for all the details on the upcoming OnePlus 10T.