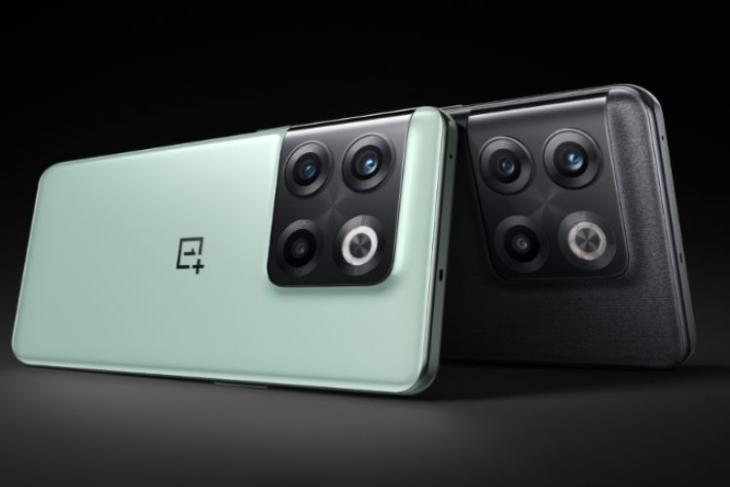 OnePlus will soon launch the OnePlus 10T 5G on August 3 and this will be its second flagship for 2022. The phone is already confirmed to include the Snapdragon 8+ Gen 1 chipset and now, its design and camera details have been revealed too. Have a look at what to expect.

OnePlus, via a recent tweet, has showcased the OnePlus 10T 5G and it looks just like the OnePlus 10 Pro, also suggested by previous rumors. You will get a huge camera hump at the back and the phone will come in Moonstone Black and Jade Green colorways.

But, not everything’s the same! The OnePlus 10T 5G will miss out on the Hasselblad branding, which has been seen on the OnePlus 9, 9 Pro, and the 10 Pro. OnePlus says that the reason why it has chosen to exclude Hasselblad-backed cameras is that it positions the 10T differently. The OnePlus 10T is more of a performance-centric phone and hence, the improved 8+ Gen 1 SoC.

The company has also revealed the phone’s camera details and states that it still packs “excellent photography hardware.” It is confirmed to feature a 50MP Sony IMX766 main camera with a large 1/1.56 inch sensor size, along with OIS and EIS support. There’s also a 119.9-degree ultra-wide lens and the third camera could be a 2MP macro camera.

As for the other details, it will come with Smart Link and a 360-degree Antenna System for interruption-free gaming, a 10-bit display, and more.

OnePlus’ chief designer Hope Liu has also revealed that the OnePlus 10T will lack an alert slider and this is to add more fast charging, battery, and antenna signal components. This will be similar to the OnePlus 10R, which supports 150W fast charging and therefore, we can expect the same for the 10T too. There will also be two charging pumps, as opposed to a single one in the 10 Pro. We are not sure of the other specs, though!

To get a better idea of what the OnePlus 10T 5G will be like, we advise you to wait until August 3. We will keep posted on the launch details. So, stay tuned.