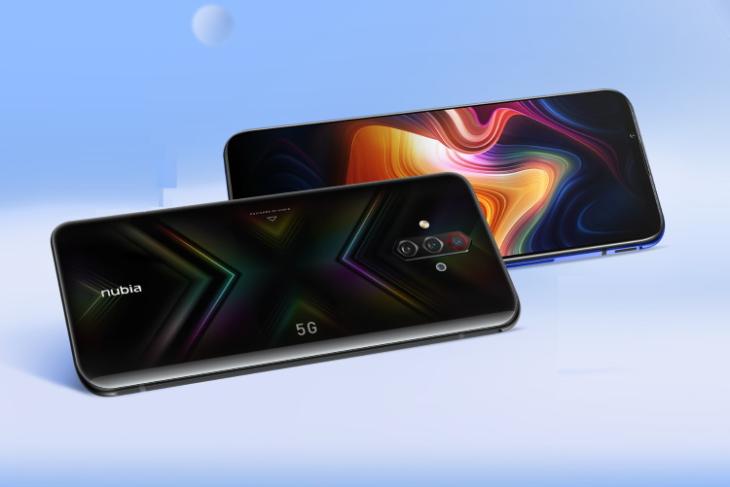 Merely a week after unveiling its new brand identity, Nubia has launched a mid-range gaming phone called Nubia Play in China today. The company made gaming phones available only under its Red Magic banner until date. But, Nubia Play now expands its reach with a 144Hz AMOLED panel, Snapdragon 765G chipset with 5G support, quad-cameras, and super-fast charging in tow.

Starting off with the design, Nubia has stuck with a tried and tested design for the Nubia Play. It looks exactly the same as Red Magic 5G minus the RGB lighting. The company instead opts for a shiny iridescent gradient back panel, which looks super cool to me. You find a vertical camera array on the rear, bezel on the front and an in-display fingerprint sensor onboard.

Nubia Play features the exact same panel as Red Magic 5G that launched earlier in May. It includes a 6.65-inch Full-HD+ AMOLED display with a 144Hz refresh rate and a 240Hz touch sampling rate. The device does not feature a notch or punch-hole like most modern devices. Instead, it has tiny top and bottom bezels, with the speaker, sensors, and selfie camera at the top.

Nubia Play is powered by the Snapdragon 765G, the mid-range 5G chipset from Qualcomm. This chipset includes the Snapdragon X52 modem onboard as opposed to the X55 modem on the Snapdragon 865 to add 5G support to the device. It’s coupled with up to 8GB of LPDDR4X RAM and up to 256GB of UFS 2.1 storage.

The Chinese giant has baked an ICE2.5 rack-mounted liquid cooling system into this device as well. It sports a 61mm large liquid cooling tube, along with graphite gel and copper foil to see the temperature drop up to 16-degree Celsius. This gaming phone runs NubiaUI 8.0 based on Android 10. 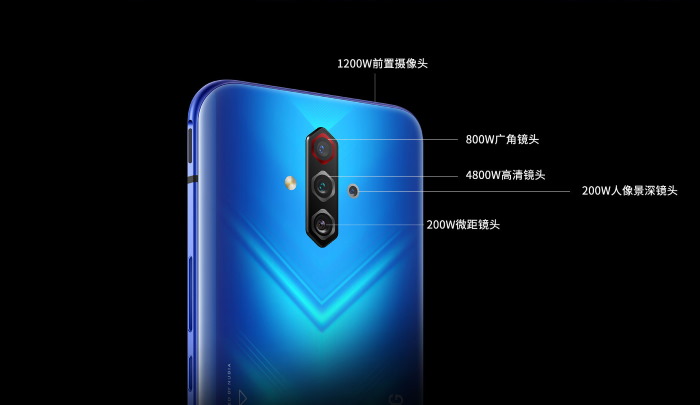 As you can see right here, Nubia Play features a quad-camera module. It includes a primary 48MP Sony IMX582 sensor, along with an 8MP ultra-wide lens with a 120-degree FOV, a 2MP macro lens, and a 2MP depth sensor. There’s also a 12MP selfie snapper baked into the tiny top bezel of this device.

The device comes in three gradient colorways – black, blue, and white. Nubia Play has gone up for pre-order in China today, with the first sale set to kick-off on April 24. This is a feature-rich gaming phone, a younger sibling to Red Magic 5G, that I want to see land in India in the coming months.