Skip to content
Home News Nothing ear (1) India Price Confirmed to Be Rs 5,999 Ahead of July 27 Launch 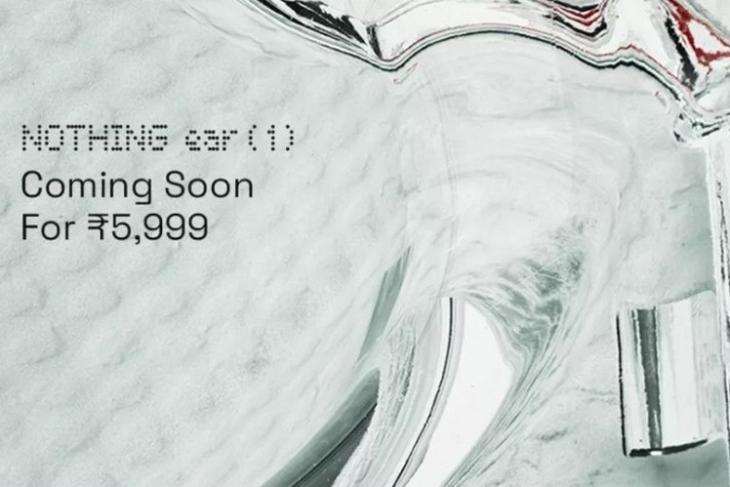 Following various teasers and rumors, Carl Pei’s new venture Nothing confirmed that it will launch a pair of TWS earbuds earlier this year. The company later confirmed to launch its Nothing ear (1) TWS earbuds on July 27. While we saw Pei confirm the global launch prices of the earbuds recently, the India price had been until wraps. Not anymore. The price of the Nothing ear (1) in India has been revealed officially, and it is quite impressive!

We already know that Nothing ear (1) will exclusively be sold via Flipkart in India. Well, the dedicated landing page for the product was updated today to reflect the Indian pricing. The retail price of Nothing ear (1) in India has been confirmed to be Rs. 5,999. You also get a glimpse of the transparent design of the upcoming earbuds on the landing page.

So, the Rs 5,999 price in India is much less than the global prices, which is good news for consumers looking to grab the device once it launches in the country. It will be available on Flipkart as well as on its official website.

“India is an important market for Nothing and in partnership with Flipkart, we look forward to introducing ear (1) to Indian users at the same time as our global launch. It is important for us to bring value to our Indian users from day one,” said Manu Sharma, VP and General Manager of Nothing India, in a statement.

Nothing ear (1): Specs and Features

Although not many details about the specs and features are known at the moment, we know that ear (1) will feature Active Noise Cancelation (ANC), thanks to the three high-definition microphones onboard.

Furthermore, the ear (1) will come with a unique transparent design that the company has been hyping since its announcement. As per Nothing engineers and designers, achieving a transparent design that does not look cheap has been a great challenge. So yeah, we are excited to check out these TWS earbuds. What are your thoughts on the pricing? Do let us know in the comments below.

Limited Edition Black Nothing Ear (1) Announced; Will Go on Sale in India on December 13

Nothing ear (1) with a Transparent Design, ANC, and 34 Hours of Battery Life Launched