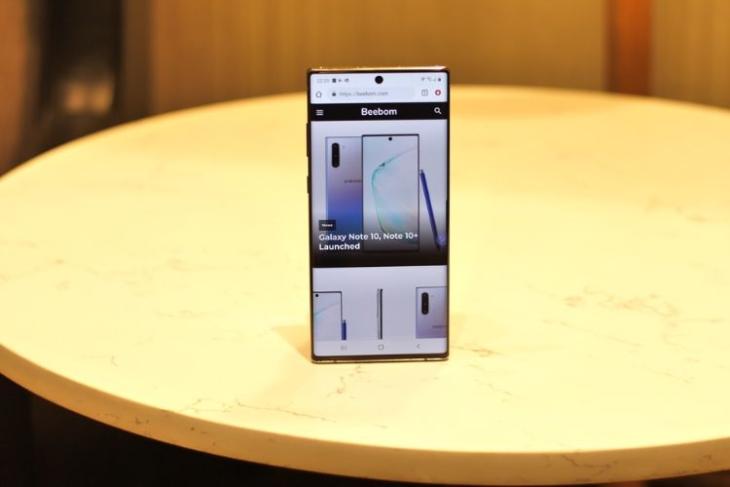 Samsung might unveil the Galaxy Note 20 in an online event in August. That’s according to a report out of South Korea, which claims that the company might not schedule an ‘Unpacked’ conference for the launch of the next-gen Note flagships this year. The company is apparently mulling the drastic step because of the coronavirus pandemic. If the report turns out to be accurate, it will mark the first time that a flagship Samsung phone will be launched online.

The South Korean consumer electronics giant typically launches its flagship smartphones at massive ‘Unpacked’ events in the US. While the Galaxy S-series devices are typically announced in February in San Francisco, the Galaxy Note lineup is unveiled in August in New York. The first ‘Unpacked’ event for the Galaxy S20 launch went ahead as planned earlier this year. However, that was before the full extent of the pandemic became clear. Now, if the latest report is anything to go by, the second Unpacked press conference this year might only be a digital event.

The Galaxy Note 20 is still in under development and we don’t know much about it just yet. However, recent leaks suggest that the device might be powered by the Exynos 992 SoC. It might also have a triple-camera setup at the back, led by the company’s own 108MP Bright HM1 sensor. However, a recent report suggested that it might not get the 100x ‘Space Zoom’ seen in the Galaxy S20 Ultra.

Do note that the report is yet to be confirmed by Samsung, so take it will a pinch of salt for now. Either way, there’s no more info on the device just yet, but we’ll hopefully get more details soon.