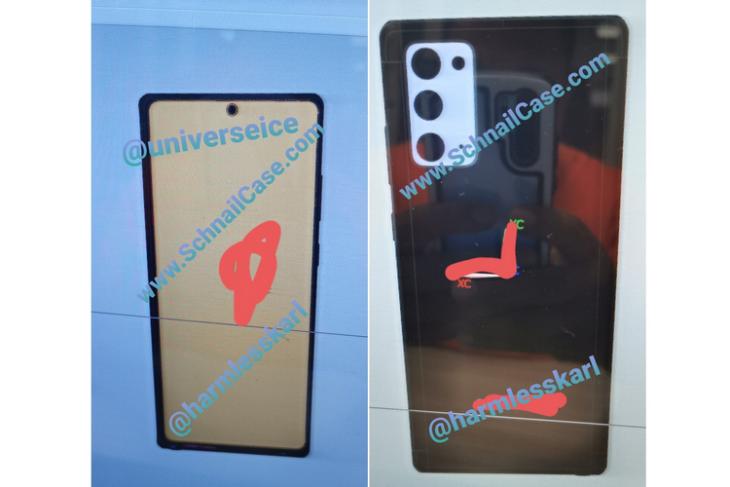 Samsung is expected to launch its Galaxy Note 20 later this year, and we might have just got our first look at its possible design. Serial tipster, Ice Universe, has posted a couple of low-resolution photos of what’s said to be a “rough design preview” for the upcoming device.

From what we can see, the images suggest a design that retains the edginess of the Galaxy Note 10. There’s also a rectangular triple-camera setup at the back. It looks very similar to the camera module on the Galaxy S20. Much like the Note 10 and the S20, there’s a centralized punch-hole housing for the selfie-cam upfront.

As always, do take these ‘early leaks’ with a generous pinch of salt. That’s because even if the sources are correct, much can change between now and the eventual launch. However, if this does turn out to be the final design, the Note 20 might end up looking a lot like a combination of the Note 10 and the S20. Which might be a good thing or bad, depending on your way of looking at it.

We expect Samsung to launch the Note 20 in August, just like it did with the Note 10 last year. However, the pandemic and the resultant lockdowns have played havoc with businesses around the world. So it will be interesting to see if the development of the Note 20 was affected in any way.

The Note 20 is still in the early stages of its development, and we don’t know a lot about it. However, recent leaks suggested that it might be powered by the Exynos 992 chipset. There’s no more info on the device as of now, but we’ll hopefully get more details in the days ahead.