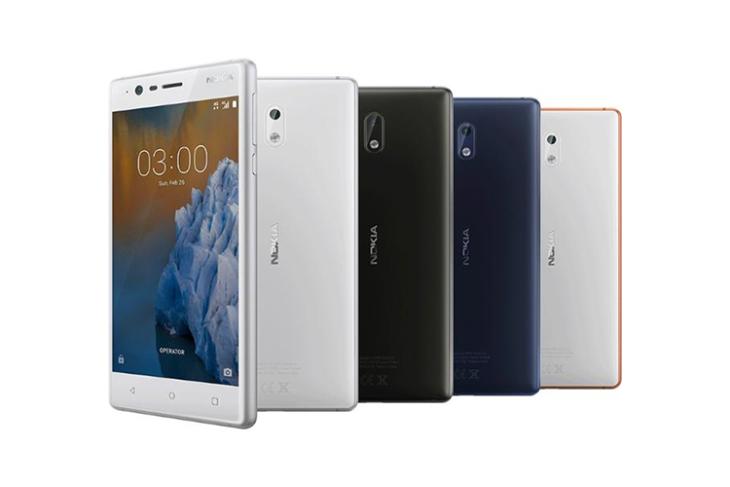 HMD Global is one company known for rolling out timely updates to all its devices without any preferential treatment towards more expensive devices. This is one reason that has helped the company survive in the fierce industry. Keeping up with the promise of releasing Android Oreo for all its devices, HMD Global has now rolled out Android Oreo update for the entry-level smartphone, Nokia 3.

This announcement was made by Juho Sarvika, Chief Product Officer at HMD and social media mouthpiece, via his Twitter handle. The smartphone gets a stable update to Android Oreo 8.0 which will be available to users through an OTA update. Back in February, the company had opened up the Android Oreo update for Nokia 3 for beta testers, besides announcing a similar beta testing program for Nokia 2. Notably, Android 8.1 Beta is also available for Nokia 3.

To check for the update users can go to Settings and navigate to “System” at the bottom, tap on “About Phone” followed by “System Update”. The Nokia 3 was launched last year in June with Android 7.0 and can be currently bought through offline mortar-and-brick stores or online via Croma and Tata Cliq for around ₹8,000.

In terms of specifications, the Nokia 3 is powered by the MediaTek MTK 6737 quad-core processor running at 1.3GHz which is coupled with 2GB of RAM. It originally comes with 16GB of internal storage which can be expanded up to 128GB via microSD card. It carries a 5-inch HD display and uses a 2,650mAh battery for power. Apart from the basic features, the Nokia 3 features an NFC chipset, a gyroscope, proximity sensor, e-compass, and accelerometer.

It features 8-megapixel shooters on both the rear as well as the front. Users can augment the capabilities of the camera with the help of Nokia’s Pro Camera app which was initially intended for Nokia smartphones with Zeiss optics but has been ported by a senior XDA member for other smartphones.